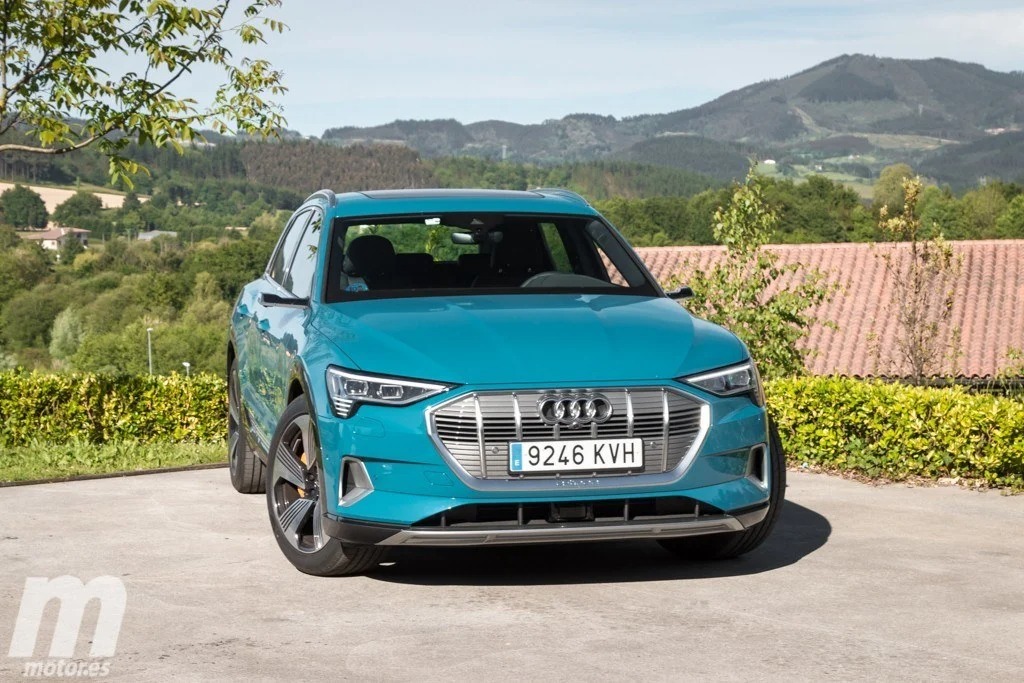 Audi master play? The German firm with the four rings is drawing a new strategy in its range of models. Although those responsible pointed to the sacrifice of some models, the brand has chosen to reorganize the range. The Audi e-tron, which is undergoing a facelift for 2022, will change its name to the Q8 e-tron much earlier than planned in 2026.

Put in the background, the new Audi Q6 e-tron was called to be the replacement of the current Audi e-tron, as well as the future Sportback variant that has not yet been camouflaged in tests, should do the same with the e-tron Sportback. Those of Ingolstadt planned to launch an Audi Q8 e-tron in 2026, a completely new electric that would arrive in the second half of the decade, and already assigned to the Brussels factory that is already a specialist in manufacturing electric models.

An SUV of great proportions and with the sporty design that characterizes it, but the occupation of all the gaps and the development of electric models in parallel to those of combustion, I left the two e-tron in a true no-man’s-land, in addition to the fact that those responsible for the brand have not been willing at any time to dispense with an electric SUV that, although it has not been conceived on a specific platform, it has been able to overcome his most immediate rivals and put them against the real ropesThe Audi e-tron being a reference for customers.

With these factors on the table, and according to a German source who says they have first-hand information, what the Germans have done has been to take advantage of the recent facelift to which the two options of the electric SUV are being subjected and that will arrive mid 2022, the e-tron and e-tron Sportback- for change the commercial name to Audi Q8 e-tron. An interesting strategy that involves bringing the arrival of this model forward four years, equating itself with the Q4 e-tron and Q4 e-tron Sportback, and the future Q6 e-tron and Q6 e-tron Sportback.

Read:  Insurance will cover autonomous cars, we will tell you their keys

The Audi e-tron, and e-tron Sportback, which we have seen in testing since last fall, are facing the last phase of their test program, in which they will receive a package of important novelties in all areas, also including a sovereign aesthetic update. The latest spy photos have been revealed a new style at the front, more sporty thanks to a special treatment of the radiator grille.

Among the novelties of the two SUVs that will crown the Audi electric range, both models will have a new on-board charger and will increase the charging capacity and power batteries. A component that will also increase electrical autonomy with more than 100 kWh net and reaching 600 kilometers. Audi will also review the operation of the electric motors providing a small extra, in addition to reviewing the energy consumption.