Bullfrag
Home Photography A photographer planted the bride and groom during their wedding and erased... 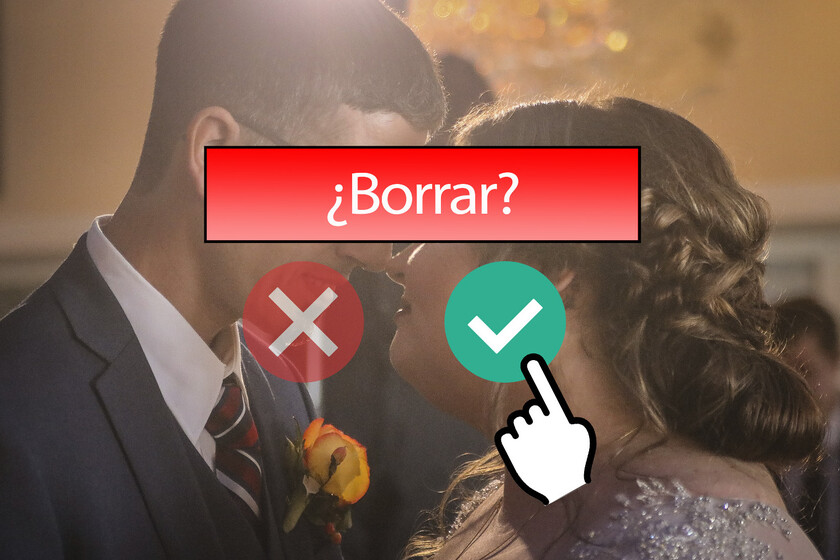 As we have said many times, being a wedding photographer is not something easy and to turn to someone who is not a professional (the typical friend or family member who loves photography) not usually a good idea. A good example is the case of a photographer who was “hired at a friend’s price” to immortalize a wedding and ended up leaving before finishing and, what is worse, deleting the photos in front of the boyfriend feeling totally mistreated by the attitude of the newlyweds.

The story was published in this Reddit thread in a section called “Am I the Asshole?“(” Am I the imbecile? “); In it, anyone can tell something that happened to them and ask people if they were right or wrong. Well, in this case the user Icy-Reserve6995 He asked people’s opinion about what happened to him:

I’m not really a photographer, I’m a dog groomer. I take a lot of dog photos all day to put on my Facebook and Instagram, it’s “my thing” if that makes sense. A cut and a photo at each appointment. I rarely shoot things other than dogs, even with a good chance.

A friend got married a few days ago and, wanting to save money, he asked me if I could take pictures of him. I told him it wasn’t really my strong suit, but he convinced me by saying that he didn’t care that they were perfect; They were on a tight budget and I agreed to do it for $ 250, which is not money for a 10 hour event.

The day in question I was driving following the bride as she went from one date to another before the ceremony, taking photos on the way. Then I photographed the ceremony itself, and during the reception I was immortalizing the speeches and the people attending.

I started around eleven in the morning and was supposed to finish around 7:30 pm. Around five in the afternoon, food was served but they told me that I couldn’t stop to eat because I had to continue working as a photographer; in fact, they didn’t save me a seat at any table. I’m starting to get tired and start to regret that I actually took this job for next to nothing. Above it is very hot, above 40 degrees, and there is no air conditioning.

I told the boyfriend that I needed to take 20 minutes to eat and drink something. There is no open bar or anything, I can’t even get water and my two bottles of water have been empty for a long time. Then he tells me that I have to continue being a photographer or leave without charge. With the heat, the hunger, the general discomfort due to the circumstances, I ask him if he is sure of what he says and he says yes, so I delete all the photos I took in front of him and I go telling him that I am no longer his photographer . They were going to pay me $ 250 when, honestly, at that point I would have paid that money just for a glass of cold water and a place to sit for five minutes.

Am I the idiot? They went on their honeymoon and everyone has been disconnected from social networks, but many people have been posting on their wall asking for the wedding photos with no answers.

The entrance has more than 2,300 comments and it has gone viral (it has even been published in media such as Newsweek and The Independent) and, as you can imagine, the majority of comments are in favor of the photographer who has garnered more than 18,000 votes approving his behavior and disapproving of the groom’s.

Read:  A curious portrait in the Plaza Mayor of Madrid wins in the Single category of the LensCulture Street Photography Awards 2021 contest

In those same comments the affected party acknowledges that, “Thinking back, I was not thinking clearly because now I have no photos to show in exchange for my wasted time […] I just wanted to get out of there and do it by showing my discomfort“.

She also comments that she was babysitting while people ate and that she had originally confirmed her attendance at the wedding as a guest and had chosen a food option, but the groom apparently made her place disappear from the tables as she passed by. “from guest to hired “.

And by the way, in case you are wondering: no, he was not a “lifelong friend” but rather the boyfriend of a friend, although this does not seem to be enough to justify the poor treatment received by the photographer. In any case, what do you think of the story? Do youWhat would you have done in a situation like this?

I myself already told that I once did this work and, although I did not have the same problems, it was hard work and, looking at it now, quite risky. And it is that, as we said when talking about how to choose the photographer for your wedding “The cheap option of turning to a family member / friend / acquaintance who knows photography and is willing is very risky, because it can go well but it could also end in complete failure, even reaching the situation that you do not have photos of your wedding“. And of course, this story proves it.