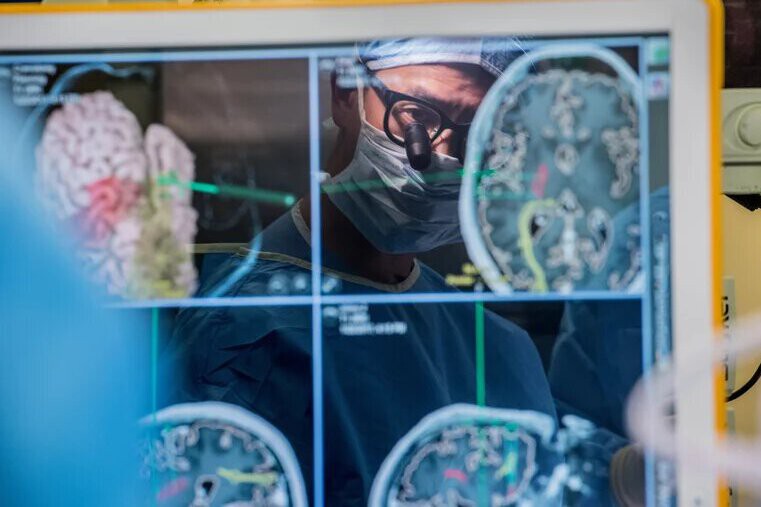 Today, paralyzed people who have lost the ability to speak often rely on devices that use eye or head movements to spell words letter by letter. Some use a device that allows them to control a computer cursor with thoughts.

A team of researchers wanted to find a better solution for a patient they named BRAVO1 to protect his privacy. The name refers to his status as the first patient in a study called BRAVO, or Restoration of the Arm and Voice Brain-Computer Interface.

The ability comes from an experimental implanted device that decodes signals in the man’s brain that once controlled his vocal tract, as the researchers reported in The New England Journal of Medicine.

After months of tweaking the system, the man, BRAVO1, was able to reliably generate one word every four seconds, or about 15 words per minute. Normal speech is on the order of 120 to 150 words per minute, so there is a lot of room for improvement.

A device capable of decoding words in the brain could eventually help thousands of people who have suffered a stroke or traumatic brain injury. Such a device could also help people with amyotrophic lateral sclerosis, or ALS, a crippling disease that eventually makes it impossible to speak.

Meanwhile, brain implants that allow people to spell words continue to improve. Earlier this year, for example, the results of a study were published showing that people could spell quickly and accurately using a device that decoded brain signals normally used for handwriting.

Is it a good way to earn money with bitcoin?

The reasons why Alpine trusts The 100 Race Plan