Bullfrag
Home Science A paint so white has been developed that it reflects 98.1% of... 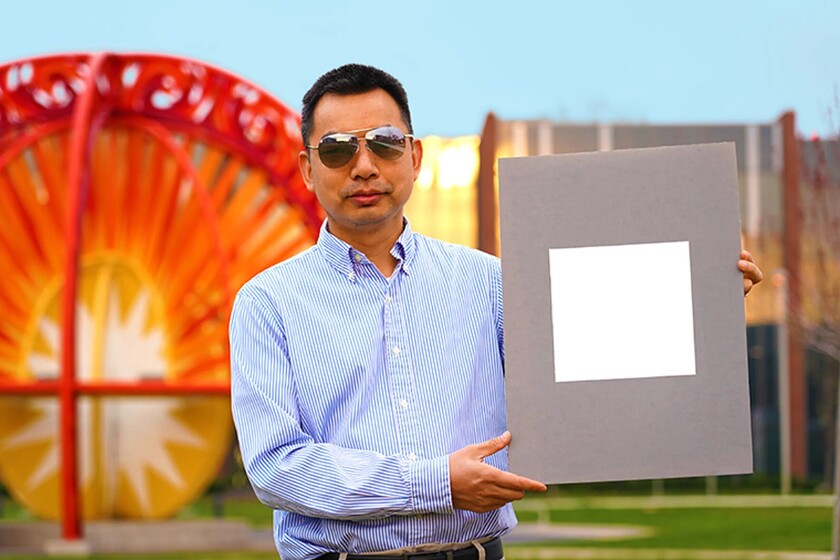 If he Vantablack It was the blackest color ever achieved (it captures more than 99.995 percent of any incoming light), this new paint is the opposite, the whitest ever achieved (it reflects 98.1% of solar radiation).

This new painting has also been thus collected in the Guinness World Records book.

Engineers at Purdue University in Indiana recently developed an ultra-white paint that incorporates particles of barium sulfate which is up to 98.1% reflective. This compares with a reflectivity of 80-90% for other white paints designed to reflect sunlight that are currently available.


So barium sulfate is used as a pigment instead of titanium dioxide because it does not reflect more light, it reflects light at more wavelengths. Paints on the market that are designed to reject heat reflect only 80% to 90% of sunlight and cannot make surfaces colder than their surroundings.

It is considered that these paints can change the rules of the game to be environmentally sustainable, particularly in cities, as we will get cooler temperatures without making so much use of electricity. Buildings covered with a layer of this paint would need to rely much less on energy-intensive air conditioning.

In order to highlight the potential benefits of radiative cooling, Xiulin Ruan (who was part of the study) has stated:

If you used this paint to cover a ceiling area of ​​approximately 1,000 square feet (93 m2]), we estimate that you could get up to 10 kilowatts of cooling power. That’s more powerful than the air conditioners most homes use.

It is therefore estimated that only 0.5 to 1% of the Earth’s surface would be required to be covered with this paint (for example, painting ceilings) to reverse global warming.