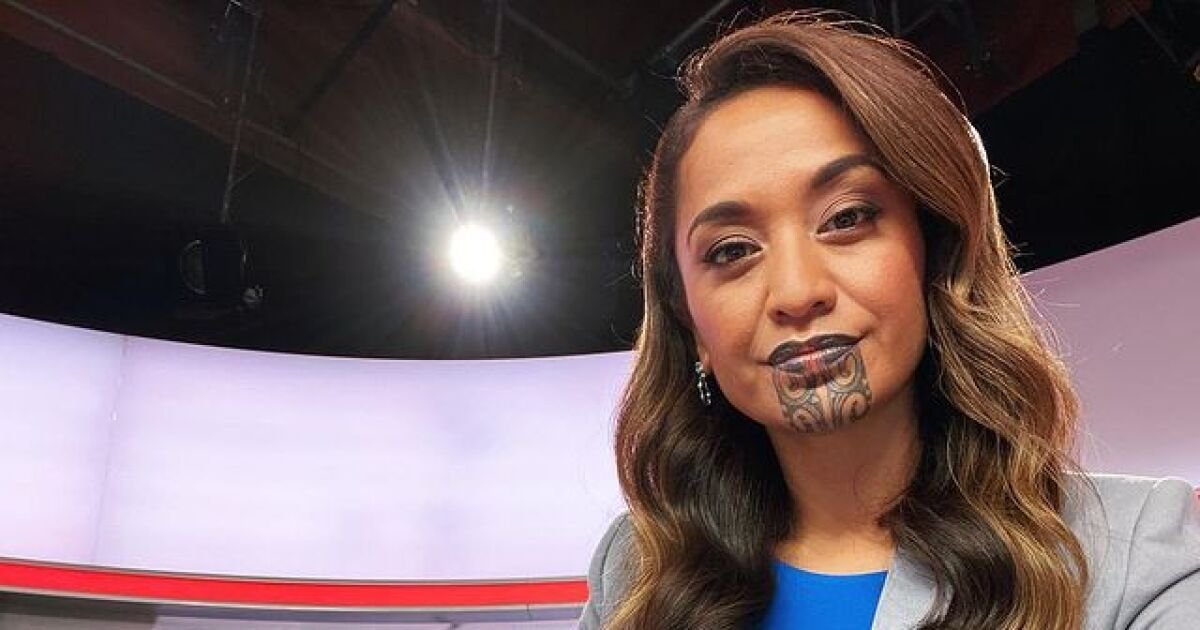 As part of this exercise in 2017, Oriini Kaipara underwent a DNA test in order to define more details of her ethnic origin and ancestry, reported StufF. The results were exciting for her: “The test showed 98% Maori or Polynesian, 1% Scandinavian and 1% Caucasian, the region on the border of Europe and Asia ”. Fact that led her to relate more to her heritage.

“Am I doing enough? Am I giving enough in terms of helping to promote my language, my culture or my heritage? Am I doing enough to uphold Maori things, the Maori language, Maori customs, Maori culture? I know it’s in me, but what exactly am I doing?“, said to Stuff.

In the case of Maori tattoos on the face, they are the maximum representation of their cultural identity. For the Maori, the head is the most sacred part of the body, a reason that makes tattoos on the face of singular relevance, according to details on the portal. 100% New Zealand.

The 39-year-old journalist reflects in an interview about her “I am well aware that I am the first with moko kauae to present a newsletter during six o’clock primetime. That is always in the back of my mind, that every step that I give is like breaking a glass ceiling ”, he assured.

The Maori are an original people who came to this territory more than 1000 years ago; have their own history, language and traditions

The woman assured that she is aware of her achievement and affirmed that she seeks to continue opening new paths for traditional communities and for their culture.

Read:  Tips and proposals for pairing with rum

Although, to tell the truth, the negative opinions did not focus on his physical appearance, if not rather in the vocabulary used to give the news, because it contained sentences in Maori, such as “e haere ake nei” (yet to come), “tonu mai” (stay with us) or “taihoa e haere” (don’t leave yet).

“We haven’t addressed a lot of intergenerational colonization traumas yet and for Maori, that’s very, very important too,” Kaipara told the CNN.

Mario Kart 9 would be in development for Nintendo Switch

Airlines like Lufthansa will have to charter 18,000 empty flights to meet their quota, an economic and environmental waste | Industry

You can now buy TinyNES, a miniature NES that works like the original Nintendo