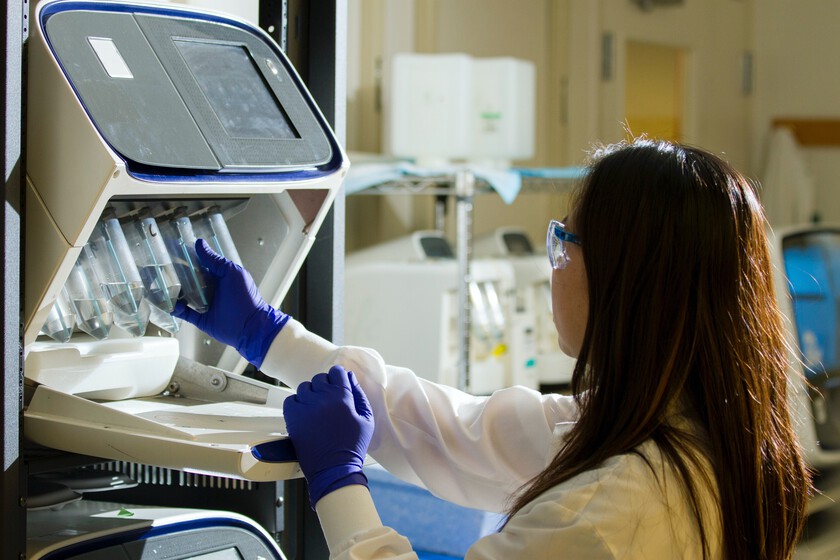 Until now, multiple sclerosis has remained a degenerative disease of the nervous system, for which the cause was unknown and, what is worse, neither is the cure. It is one of the most common diseases among the population between 20 and 30 years old and the fact that, over time, it can end up being disabling, makes it a disease for which we could not wait to find out more.

And, now, it seems that we are finally getting it. A new study, published today in the journal Science, finds what could be the cause of this disease: a virus. Specifically, the Epstein-Barr virus (EBV). It would be the virus that also causes mononucleosis.

It is not the first time that it has been indicated that this herpesvirus could be behind multiple sclerosis, but this study, which has had more than ten million participants, is the first to show clear and convincing evidence.

What this research finds is that, in people who did not previously have the Epstein-Barr virus, the risk of developing multiple sclerosis is 32 times higher when infected with this. However, it must be taken into account that the figures indicate that between 90 and 95% of adults are affected by this virus.

Why, then, don’t we all develop multiple sclerosis? It is the next question that remains to be answered. And it’s not exactly a small one. The researchers point out that it may be due to factors such as susceptibility and that EBV infection is necessary, but not sufficient, to trigger the development of sclerosis.

Read:  The first uterus transplant in the world to a trans woman is already planned

In any case, having been able to find conclusive evidence of the relationship between EBV infection and multiple sclerosis is a huge step that it brings us closer to finding an effective cure and, what is better, a possible vaccine.