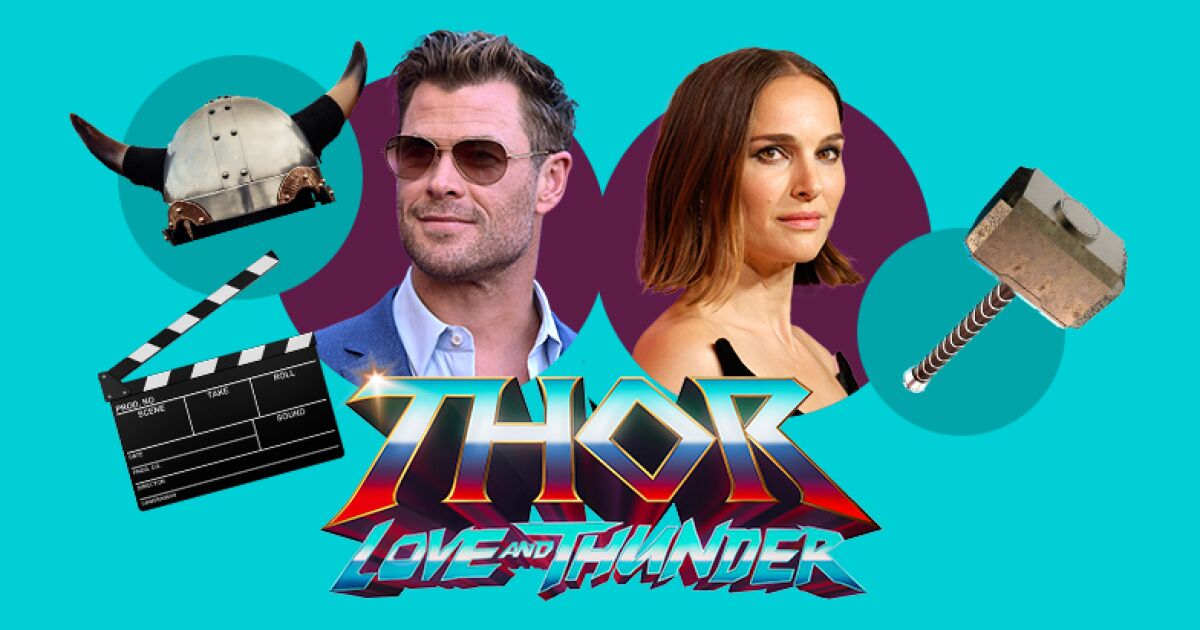 The path only began to mend when Taika Waititi took over the reins of the individual franchise and abruptly replaced drama with humor and a faint irreverence. Thor: Ragnarök It was an absolute success, one of the biggest in the entire franchise, and which also made the Asgardian one of the most popular characters in the Marvelite universe. The hot streak continued with Avengers: Infinity War and Avengers: Endgame, and hopes to extend it even further with Thor: Love and Thunder which is among the most anticipated films of the entire Phase Four.

There are many reasons why the film has generated such high expectations, so many that it is virtually impossible to name them all.. These include audiences’ desire to continue the journey of a hero whose individual success took too long to come; the guaranteed laughs, but also the identification caused by a character full of doubts and in continuous search of himself; continuing the journey of an increasingly human god after knowing firsthand the pain of loss and failure; the presence of the Guardians of the Galaxy; Natalie Portman’s return to the franchise in the role of superheroine; not to mention the incorporation of Christian Bale with whom she promises to be one of the great villains of the entire saga; the nostalgia for what could be the last individual adventure of another original Avenger… We repeat, the list is endless.

Taika Waititi is usually characterized by his humor and light-heartedness, so one can only be surprised when the director gets serious, even for a few moments, to ensure that he himself was surprised by the level of Thor: Love and Thunder. This after explaining that “I don’t try to control my movies, or how they turn out. I let them appear to me. And with this movie, I’m like, ‘Hey, you’re a little cooler than I originally expected to do.’ Tone-wise, it’s where I’ve always wanted it.”

The film will show the God of Thunder searching for his own identity for the first time in his long existence. He has already given up the throne of Asgard and now he must decide between continuing to fight for good or retreating in search of inner peace. Reflections that are interrupted by two unexpected events: the reunion with a Jane Foster endowed with the power of Thor and the threat of Gorr in his quest for revenge against the gods.

Natalie Portman’s return to the franchise seemed unlikely after her outright breakup with Marvel Studios. after the departure of Patty Jenkins from the direction of Thor, a dark world. However, the New Zealand director was convinced that the best way to elevate what Ragnarok had done would be to do something completely unexpected like bringing the actress back, which, like Thor, involved a series of drastic changes to the figure of Jane. Foster. “Her character of her in those early movies was not the most exciting version of a female character,” he said. filmmaker . “I just had to talk to her about the fact that she wanted to change that character, just like we had changed Thor, and give her a little more license to be adventurous and fun, because Natalie is such a fun person.” Her bet worked to such a degree that the actress has not hesitated to describe the director as “brilliant”.

Read:  'The Flash' will be Ben Affleck's last time as Batman

The news shocked audiences when it was announced during Comic-Con 2019, almost as much as it shocked Thor in the trailers. The surprises promise to continue after Waikiki stated that “most people will assume that the love story is between Chris and Natalie. I can’t promise what people think will happen in this movie will happen.”.

A case similar to that of Christian Bale, a benchmark in superhero cinema after his mythical incarnation of Batman and who returns to this type of adaptation to give a tragic, tormented and extremely violent character. It is about Gorr, an inhabitant of a nameless planet that has been plagued by natural disasters and lack of resources, and whose inhabitants only survive by faith in the gods. But divine help does not arrive, Gorr loses his own and embarks on a quest for revenge against these beings, supported by the Necrosword, conceived by the union of the first symbiote and a fallen Celestial. All this, under the new nickname of the butcher of the gods.

The president of Marvel Studios, Kevin Feige, has reiterated ad nauseam that, despite the fidelity of the stories, film adaptations will always face dilemmas that do not exist for the comic. Such is the case of longevity: printed heroes are eternal, but not the actors who bring them to life. For this reason, the studio began its renovation a long time ago with new additions such as Doctor Strange, Captain Marvel and Black Panther, but also with the search for successors to the original Avengers. Captain America, Black Widow and Hawkeye have already found their own; those of Iron Man and Hulk are not long in coming; but what about Thor?

It’s a fact Natalie Portman has the talent, charisma and popularity to become a cornerstone of the Marvel franchise. Also that we are all excited about her return as Thor. However, it’s impossible to deny that the God of Thunder played by Chris Hemsworth took so long to find his way, that now that he has finally done it and in such a brilliant way, we all want more of the character. Added to this is the nostalgia factor as it is the only element of the original team with expansion possibilities in the individual field. His departure would mark the definitive end of an era.

To this we add that the fate of the gods is cruel and more of those who change divine arrogance for human values ​​such as love and sacrifice. Loki suffered it himself and now it could be Thor’s turn. At least that is what many fans fear, who have not been indifferent to the fact that Korg’s narration in the first moments of the trailers is in the past, which for some suggests the death of the hero. The doors of Valhalla await ajar, just like the increasingly ardent fans of a warrior who, after much battle, has finally found his full potential.

the premiere of Thor: Love and Thunder It will be on July 7, 2022 on Mexican screens.