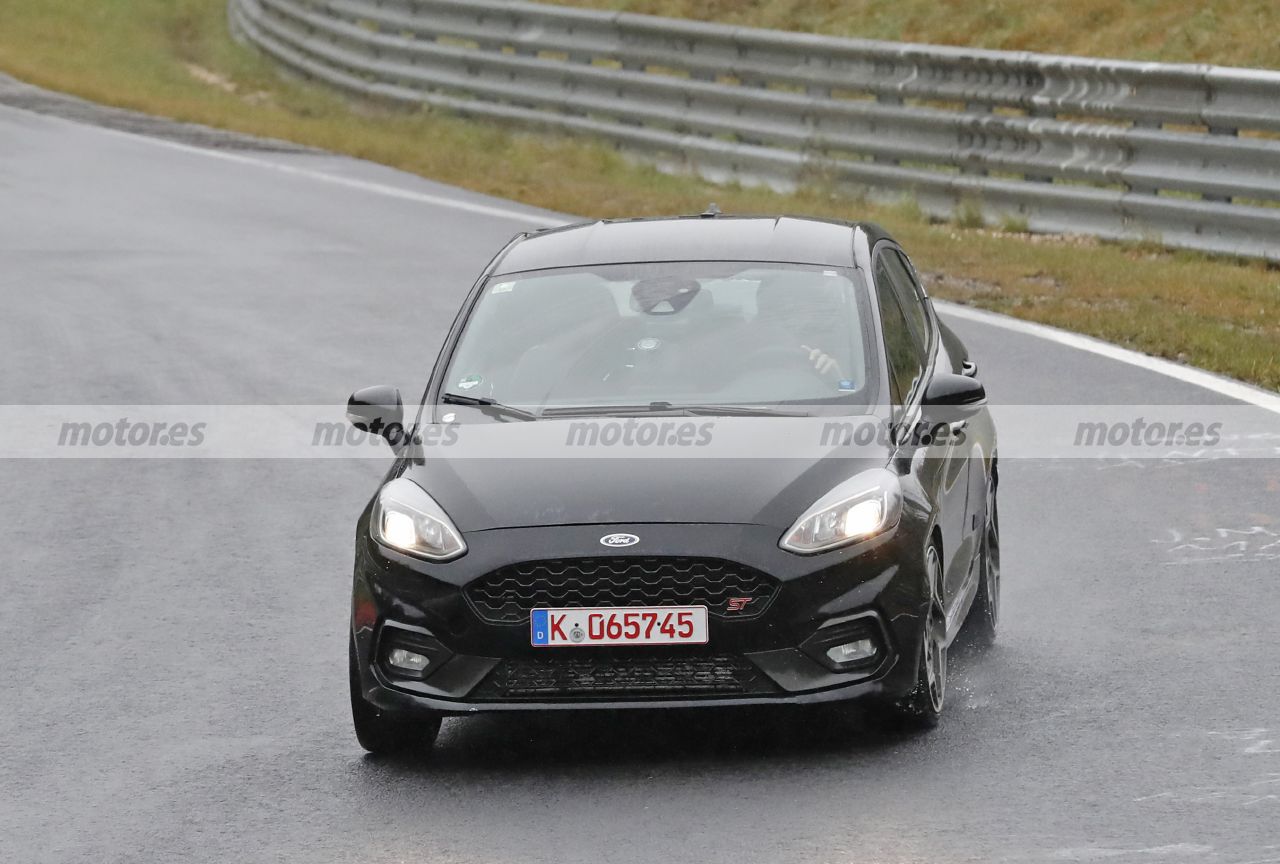 Apparently it is a Ford Fiesta ST, but in reality it is a mule of a more radical version. Those of Ford Performance have stormed the Nürburgring circuit with a peculiar variant of the sportiest utility vehicle from the brand with the blue oval. These spy photos show special and unpublished details that Ford is preparing something more aggressive.

Ford is one of the few brands that still relies on sport utility vehicles and radicals, a market category in segment B that has been losing very prominent representatives, now replaced by the Koreans and the Japanese, and also by the blue oval brand where it plays with two proposals: the Fiesta ST and the Puma ST.

But those of Ford Performance lately they are more entertained in a couple of more special options of these two models. If a few days ago we saw a Ford Puma ST Hybrid mule on the Nürburgring circuit, now it is the turn of a ST party with a configuration as special as it is unique in the range. This is not a hybrid, as it does not have the corresponding yellow dot on its rear window that points to a high voltage battery, but taking a look you can see special details that are not present in the current Fiesta ST.

The first thing that stands out is that the mule is based on the original design of this generation of the model, sporting the features that predate the recent facelift that has been presented. But the powerful front brakes, with slotted discs to better dissipate the heat generated, and the gold painted tweezers. At the same time, the front bumper reveals a larger intercooler, while at the opposite end, the skirt has been slightly trimmed in the area of ​​the exhausts, an indication that the definitive ones will have a few more millimeters in diameter.

Attention-grabbing details, such as the sticker on the rear right of the BWI Group, a few specialists in the development of components for the chassis, suspensions and brakes, which has not been set by chance, but must be involved in the fine-tuning of this more radical model. Bets are open, considering a more radical option that has been assigned the name of Party ST X.

For now, the specific signals point, without a doubt, to a wilder configuration. A top of the range with the Ford Performance seal that, in addition, can add MHEV technology to the 1.5-liter Turbo three-cylinder engine that develops 200 CV. A block that does not have this efficiency technology, but that could significantly increase its performance up to 220 hp. The right power, and a more dynamic chassis for a special edition, of which there are still no dates of arrival on the market.