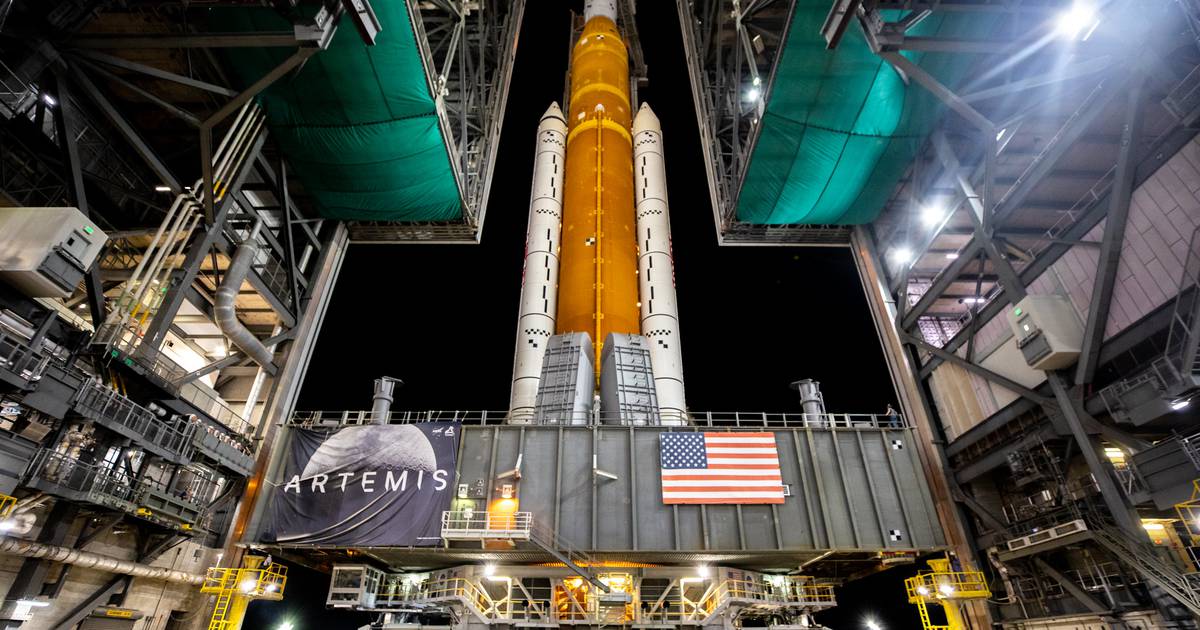 The way back to the Moon is getting closer: this week the SLS megarocket and the Orion spacecraft were installed on its launch platform, for the Artemis I Mission of the POT. A real “monster” was key in its transfer to the base at the Kennedy Space Center: the Crawler-Transporter 2.

Artemis I will seek to discover the effects of radiation on astronauts, thanks to measurement systems on three dummies. For Artemis II, it will be the designated astronauts who travel to the orbit of the Moon.

And in Artemis III, the story: the first woman and the next man to walk on the lunar surface.

Index hide
1 The features of NASA’s Crawler-Transporter 2
2 Waiting for D-Day, August 29, when Artemis I is launched

The features of NASA’s Crawler-Transporter 2

This Caterpillar Transporter (as its name in Spanish) It measures almost 40 meters long and 34 meters wide, weighing 2,000 tons: It travels at 1.6 kilometers per hour over gravel terrain.

It has an area larger than a baseball field, and is capable of moving 8,000 tons, the equivalent of more than 20 fully loaded Boeing 777 planes. according to Newsweek.

The Space Launch System megarocket is almost 100 meters tall and has a payload capacity of 130 tons. It will be in charge of taking the Orion spacecraft to orbit the Moon, as part of NASA’s Artemis I Mission.

For Artemis III, it will bring the first woman and the next man to the surface of our Earth satellite.

Waiting for D-Day, August 29, when Artemis I is launched

The Crawler-Transporter 2 is “the most phenomenal thing I’ve ever seen in my life” in the words of Tom Whitmeyer, NASA’s associate administrator for exploration systems development.

Read:  God of War Ragnarok confirms its launch with a small trailer

The caterpillar, created together with the Crawler-Transporter 1 in 1965, is equipped with 16 locomotive traction motors of 375 horsepower each, plus two 2,750 hp 16-cylinder diesel engines and four thousand kW electric generators, using about 165 gallons of fuel for every 1.6 kilometers.

Its function in Artemis I is already fulfilled: move the megarocket to the launch pad. Then, and after completing all the requirements, for August 29 the launch of the rocket and the Orion spacecraft is expected, without a crew, with only the three dummies inside as well as other elements for experimentation.