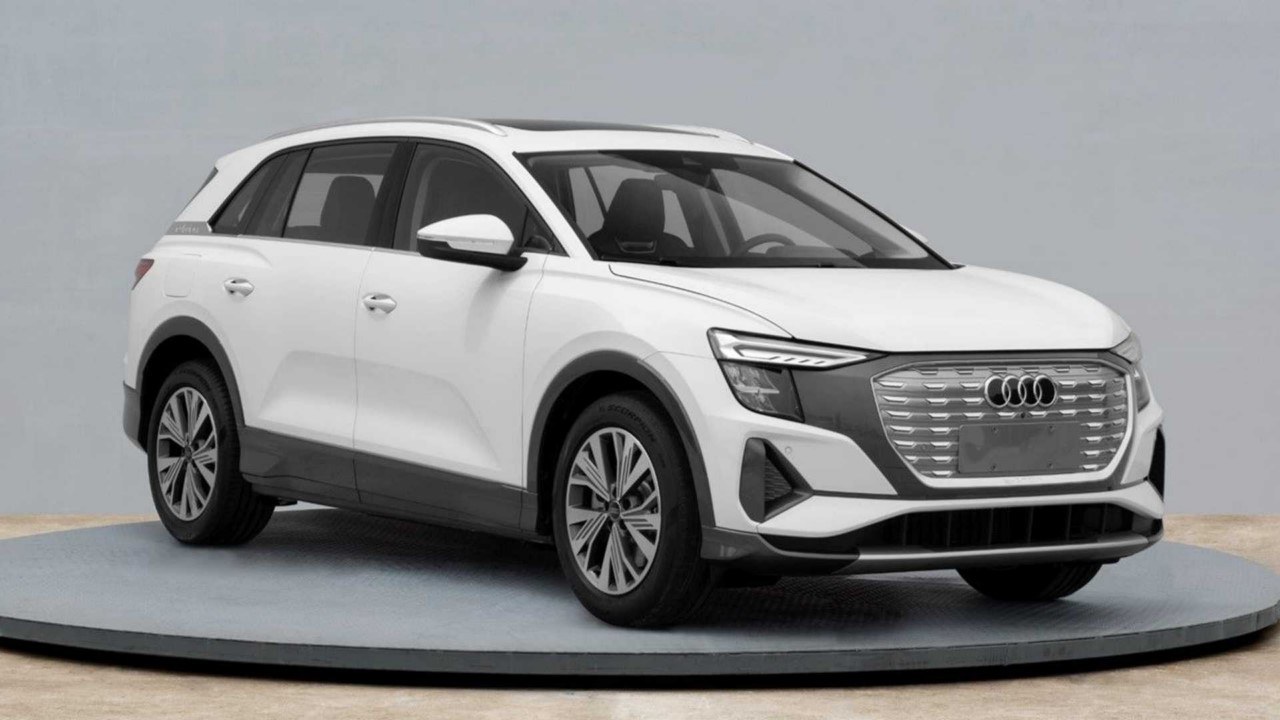 At the same time that the development of the new electric SUV for China is brewing in Germany, the model based on the Audi Concept Shanghai, a leak from China has completely unveiled the production model. According to Asian sources, the new model is known as the Audi Q5 e-tron, a development of which we already know more details.

The name of the Audi Q5 e-tron It reappears in the new electric SUV that the brand with the four rings has developed especially for China. Just a few days ago we saw one of the prototypes somewhat more uncovered, despite the fact that the global design was already known worldwide when it was presented at the Audi Concept Shanghai, a conceptual advance but practically of production.

A model completely different from the Audi Q5 that sells in Europe, and of which some very interesting technical details have already been confirmed, since the German manufacturer did not advance them during the presentation at the great appointment of the Shanghai Motor Show held last spring. For example, one of its qualities -y difference with the European Q5 e-tron- is its large interior space that and generous measures – detailed below – that allow you to have seven seats.

Approved dimensions of the new Audi Q5 e-tron, the electric SUV for China based on the MEB platform

The new Audi Q5 e-tron for China is the twin of the Volkswagen ID.6X

The same wheelbase as the new Volkswagen ID.6X, a model with which it shares technology and which makes this Chinese Q5 e-tron an equivalent to the new European Audi Q4 e-tron. The new model, which will be sold exclusively in China, It does not present great surprises on the exterior plane, as it follows the same pattern of the new electrics but with some interesting details. For example, the front design resembles that of the Audi Q8, with slimmer LED headlights with a vertical bypass at the ends, also preserving the Singleframe grille of the e-tron quattro

Read:  Previous and schedules of the WTCR 2022 in the Hungaroring circuit

The massive rear pillar adds a spoiler to the end of the roof, while it is the rear that traces the design of the e-tron, with pilots that extend in one piece across the width of the gate. Inside, the Chinese model also follows the same Audi design line, with a cleaner styling in the center console occupied by a touch screen and no connection to the center tunnel.

Manufactured by SAIC, It will be offered in three power versions, the 35 e-tron, 40 e-tron and 50 e-tron quattro. The first two will have an electric motor on the rear axle in the version that will develop maximum powers of 132kW and 150 kW, while the third will consist of two engines, the front of 80 kW and the rear of 150 kW. Figures equal to 179, 204 and 313 hp. The German brand will mount a 77 kWh battery that will provide an electrical charge for a maximum autonomy of 560 kilometers.