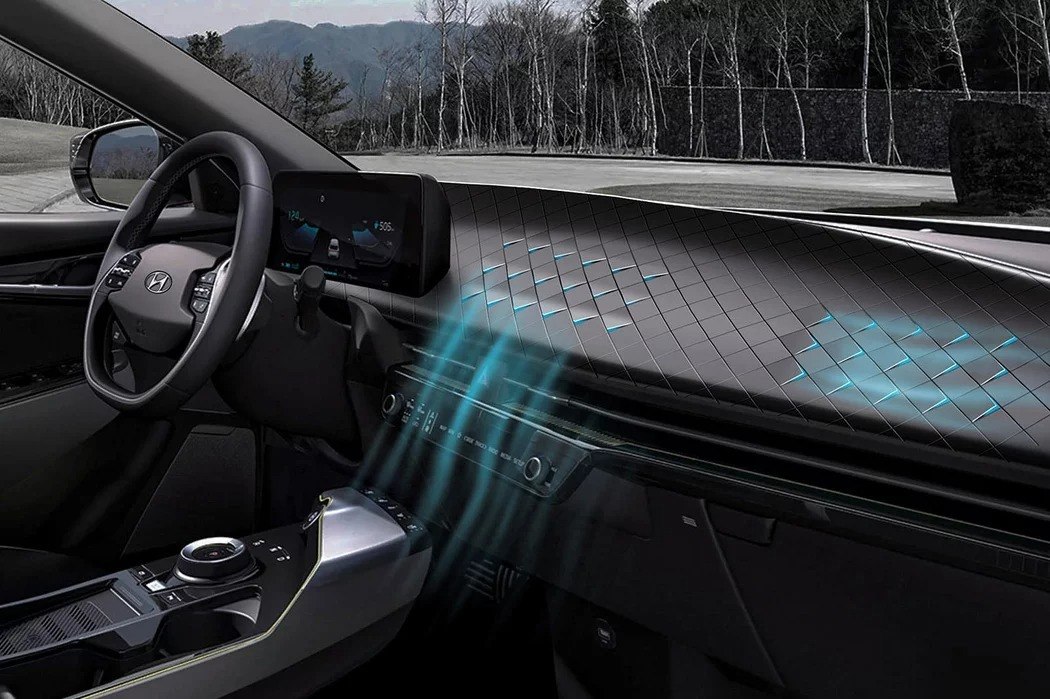 Hyundai wants to take a step forward in the interior design of its models. The firm is working on a new air conditioning system that will say goodbye to traditional nozzles. The Korean firm has registered a patent for an air conditioner that emanates air through the dashboard and door arches. An equipment that we will see in the not too distant future.

Minimalist dashboards converted into fully digital displays are the latest trends in new car interior design. Manufacturers know that the cabin is a real living space in which we spend a lot of timeTherefore, it is necessary to keep it constantly evolving so that potential customers choose your product.

The jump that Hyundai has experimented in this field in recent years is a reality, betting on advanced technology and with much cleaner styles, shedding the physical controls and manual buttons, mostly centralized on infotainment platforms. Via touch screens and voice commands, virtually all settings are adjusted. But the Korean firm wants more, so has patented a new air conditioning concept that we will see in the near future.

A new concept in which there are no traditional nozzles or ventilation aerators, as the air emanates through the decorative dashboard panel. The system has new moldings equipped with special cells through which the air flows into the passenger compartment, with a few small integrated electric motors that will handle the air flow more or less opening or closing the flaps.

The patent also shows how those same cells can be mounted in other areas of the car, such as in the roof lining, over the door archesTherefore, the Korean brand points out that the air is better distributed, increasing the efficiency of the entire system.

The system is so sophisticated that it opens the door to other applications as advanced as this one, for example for the ambient light and even beyond for sound, which will also eliminate traditional speakers.