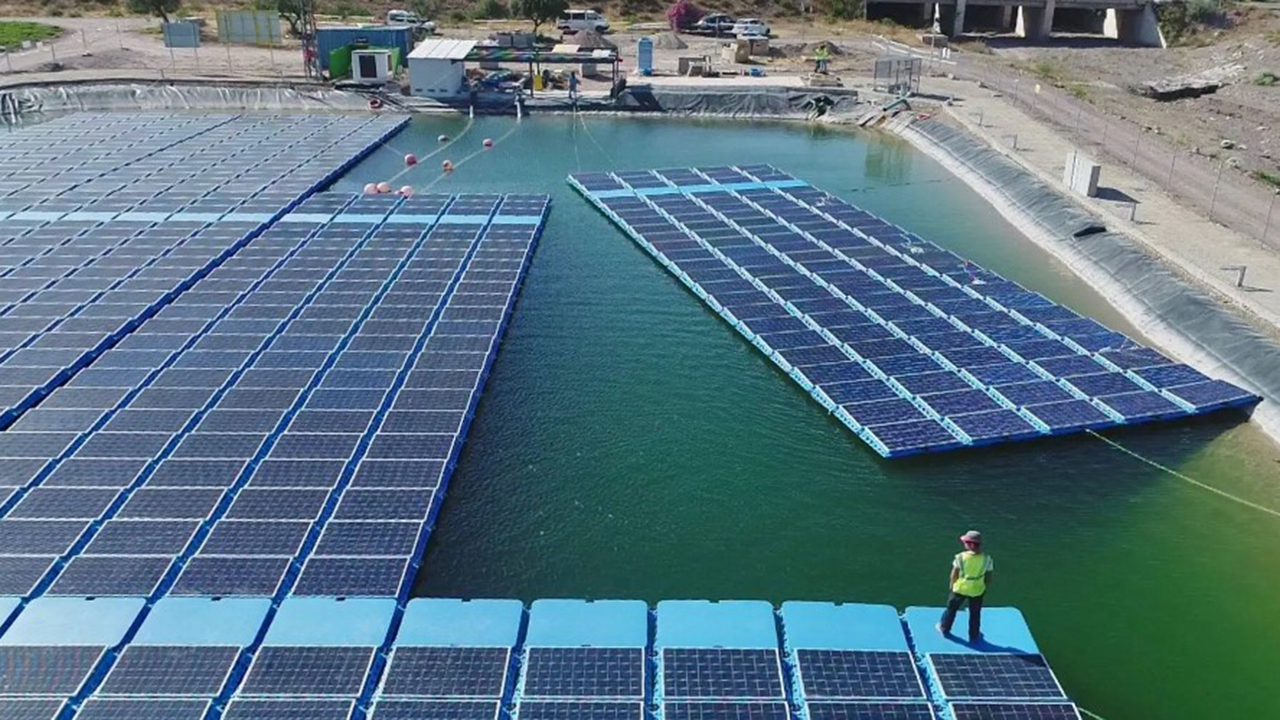 In the south of Spain, a very interesting project related to solar energy has been launched. A floating photovoltaic plant that, in addition to serving to power a pumping system for irrigation, plays an active role in fighting drought.

In recent times, several projects have been launched with a double objective. On the one hand, the production of solar energy and, on the other hand, coping with the drought. If we focus on the south of Spain we will find an initiative of this nature. A floating photovoltaic plant. It is the ingenious solution that not only seeks to continue developing solar energy production, work on measures that help alleviate drought and make the most of available water resources.

The Irrigation Community of Sur-Andévalo, in Huelva, Andalusia, has been the architect behind this project. A floating photovoltaic plant that feeds a water pumping system for irrigation. In addition, and as we will see later, the design of this photovoltaic plant plays a key role in reducing, for example, water evaporation.

Index hide
1 An irrigation pond covered by floating solar panels
1.1 Covering irrigation channels with solar panels is a great idea and not only to produce energy

The installed system has a 1.6MW power. As can be seen in the images that illustrate this article, a group of solar panels have been placed in a floating structure on the water raft. An irrigation pond located in the municipality of Cartaya, Huelva. 7,168 floats of the Isifloating 4.0 model from the Spanish company Isigenere have been necessary to make the installation viable.

Read:  Nobody wants the 11,000 million that Spain has to manufacture chips

The floating structure supports a total of 3,584 solar panels of 450 Wp that, as a whole, add up to 1,600 kW of maximum power. To facilitate maintenance tasks, the floating platform has three walkways reinforced with metal profiles and safety rails. In this way it is possible to get closer to, for example, clean the solar panels and check their condition.

An advantage associated with this proposal is the fact that the floating structure, by covering most of the pond surface, reduces water evaporation and, just as importantly, prevents algae blooms as much as possible. In addition, it avoids having to occupy land for the installation of solar panels.

The floating photovoltaic plant is already in operation and has received the UNEF Certificate of Excellence for Sustainability and Conservation of Biodiversity. A certificate that recognizes projects carried out under the best criteria of social and environmental integration.