Bullfrag
Home Technology Gaming A few designs show the project to create the successor to Jade... 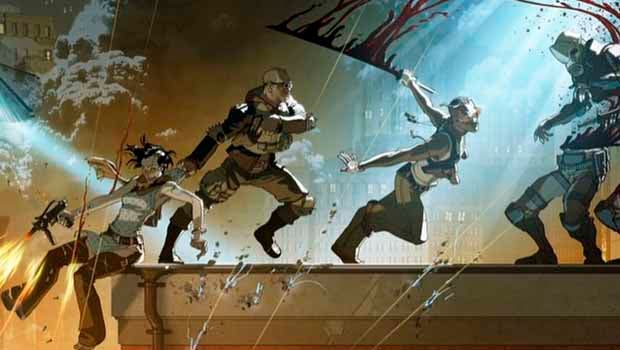 Before Bioware was acquired by Electronic Arts, it was a studio that many respected for having released titles such as Baldur’s Gate, Neverwinter Nights, Dragon Age, Mass Effect or Jade Empire, among others, and it is precisely the latter one that is remembered with a special fondness for the Xbox community. It may have been one of the studio’s greatest contributions to the exclusive original Xbox catalog. Now, some designs show the project to create the successor to Jade Empire that never came.

The designer and conceptual artist, Matt Rhodes, has shared on Instagram a series of arts of a project that, he says, would have been the successor to Jade Empire. Revolver is revealed as that game that began with that intention, and little by little it gained its own charisma, and as indicated, with great force. However, something happened so that Revolver has remained in a curious anecdote of the memory of the 25 years of the creation of the study.

And there have been several publications with which Rhodes exhibits these designs, some designs show the project to create the successor to Jade Empire that never came. In this first set of images, the designs presented by some characters that could have been protagonists or allies of the player are exposed. “Revolver, which began life as a sequel to Jade Empire, evolved and changed course many times throughout its development,” says Rhodes, possibly the reason that led to the project being canceled.

In the next post, he focuses on exposing the environments, which were to radically change the setting of the game. Far is Asian mythology, to give life to a more futuristic adventure, where action and mobility, with parkour, were going to be characteristics that would define an RPG adventure different from Jade Empire. An evolution that could have been a sequel, but that went further, losing that conviction.

Among other details that have been offered when discovering these project designs to create the successor to Jade Empire that never came, is that the game was developed between 2005 and 2008 and the goal was to launch it on Xbox 360, Playstation 3 and PC. It was in this period that Electronic Arts took charge of publishing their games, and after canceling Revolver they focused on another concept with which they developed Dragon Age Origins and Mass Effect 2. At least that is what is said now in Eurogamer, which is the medium that has discovered all these designs.

But finally Revolver has remained as a memory, which now emerges as part of an arts book that traces the history of Bioware. A studio that had a golden age, with respectable licenses and games that are must-have classics within the RPG genre. Hoping that his situation, and luck, will change in the future, we hope that the remastering of the original Mass Effect trilogy to Xbox Series X , as well as Dragon Age 4, will arrive in the next few weeks in the more distant future. What will be ahead? Time will tell if they can overcome their current situation.