By HarryyaDecember 14, 2021No Comments5 Mins Read 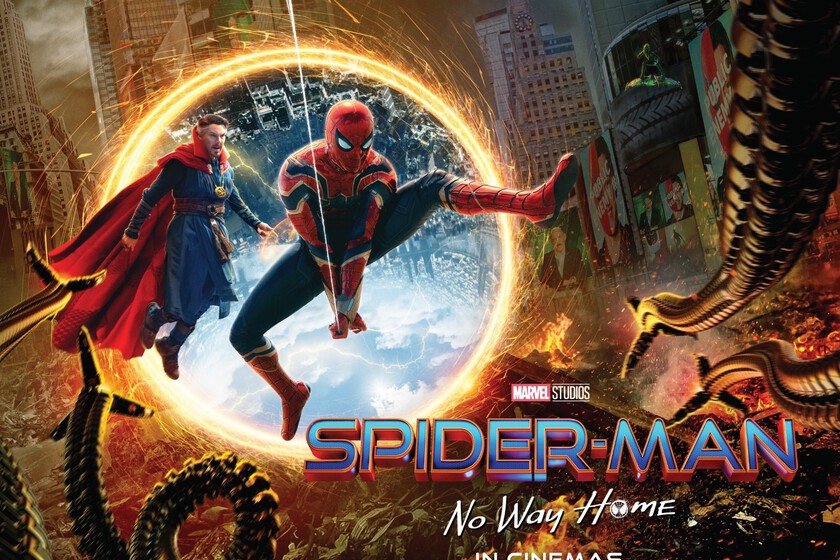 The premiere of ‘Spider-Man: No Way Home’ is the great film event of the year. I say this in general, because surely some will say that the new adventure of the wall-crawler does not interest them, which does not mean that it is the last great asset of Hollywood to get the public to return en masse to the rooms.

The movie starring Tom holland It arrives surrounded by a multitude of rumors and leaks, something that will undoubtedly impact the reaction of viewers. Some are just wishing it was all true and others, including myself, would have been grateful to discover all their surprises watching it. That has led to ‘Spider-Man: No Way Home’ having a lot of a dream come true for the fans, but a very good film has been built around that.

‘Spider-Man: No Way Home’ is lThe adventure of reaching maturity for the superhero played by Holland. Until now he was a character marked by adolescence who did not finish defining who he was beyond always worrying about doing what he believed was fair and appropriate. Perhaps a toll for not wanting that ‘Spider-Man: Homecoming’ was a presentation to use more, something that already gave certain symptoms of fatigue in ‘Spider-Man: Far from home’.

By that I mean that there really is a progression to the character in this movie, assuming various characteristic elements of the wall-crawler so that ‘Spider-Man: No Way Home’ works as the end of a stage. Even those who do not enjoy it will have to recognize that this is so, being fruit in addition to decision-making by Peter Parker.

The latter is also the real trigger that the arrival of the multiverse turns life upside down in New York, since the script of Chris McKenna and Erik Sommers it integrates very well that reality that Peter Parker’s good intentions can lead to disastrous situations. And there may come a point where he just won’t be able to fix the mess he’s made himself.

The funny thing is that this leads to a most striking idea regarding his approach the arrival of different villains from other universes. It’s an interesting and unexpected concept that fits in well with the decision to adapt these supervillains to this Marvel Universe rather than letting each one go to his own ball.

There maybe there are those who are upset – because yes, the brand’s humor makes an appearance, but I would be lying if I didn’t say that the movie made me smile more than this – or that they believe that there is not enough space for those villains can shine as bright as they could. Doctor Octopus of Alfred Molina and the Green Goblin of Willem dafoe They are the ones with the most presence and what the film proposes works for me with them -and also with the rest, although it is true that a couple of them have a very minor importance-.

But nevertheless, This is the Spider-Man movie and the narrative progression of it depends almost exclusively on his actions and their consequences. In addition, Holland knows how to handle himself well in a somewhat more dramatic register that invites us to be optimistic about the future of the character from now on. For now, he leaves behind the fact of being a tutored superhero to act according to his own criteria.

For the rest, I cannot say to what extent there are surprises to be known, since there came a point where I decided to absolutely ignore everything that was coming out. That undoubtedly helps certain situations have a much greater impact, since it is true that the film manages to reach you with what you do know or strongly suspect, but you are also left with the idea that there is nothing like experiencing it for the first time on the big screen.

For the rest, I still think that other directors could better express this universe than Jon Watts, but here it exceeds its efforts from previous installments. From the outset it is clear that he is looking for something more from the staging work – that sequence after the arrival of Peter and MJ at Aunt May’s house is wonderful – and then the showmanship is more solvent, looking to grow a little from the same way that its protagonist does. There is still something missing to really leave a mark, but the best is clear.

‘Spider-Man: No Way Home’ is cool. It is not one of the best films of the year and I do not think it is the best possible version of the story it tells, but knowing how to balance the show for fans with a narrative arc that allows its protagonist to continue growing was not that simple. And it does so by offering great entertainment that makes it clear that the Marvel Universe can still offer us very stimulating things.