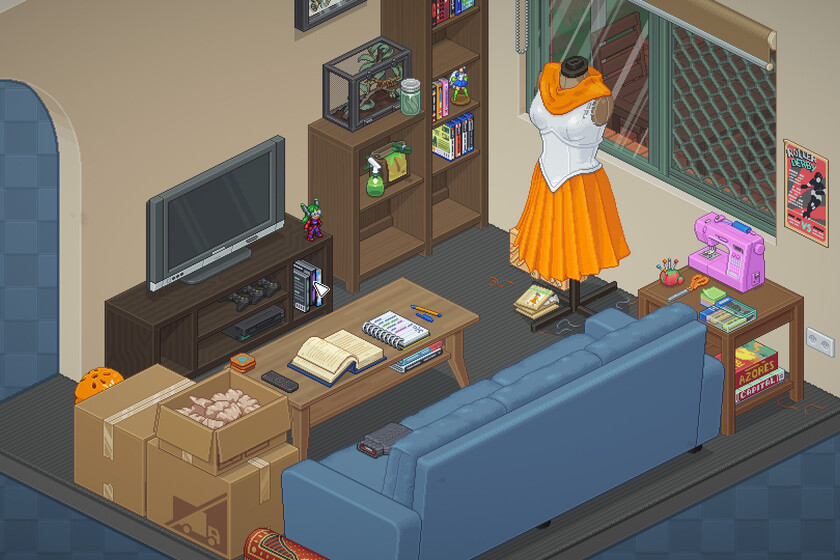 We had to wait until the end of 2021 to enjoy one of the best titles of the year. Unpacking arrived to dismantle the myth that make a move it’s really tedious. Nothing is further from reality, what matters here is to leave everything well placed on each shelf.

The success of the game has led to an unfortunately common practice such as copying the work. This has happened with a title that has not only appeared on both iOS and Android, but also It has been among the best sellers in the Apple digital store. Given this circumstance, the study has wanted to step out denouncing the situation.

If you’ve happened to catch an ad for a suspiciously similar-looking game to Unpacking📦 on mobile recently, please know that this is not our game.

They sure seem to want to give the impression that it is, though! 🧵 pic.twitter.com/d3ULxxbmSA

If you recently saw an ad for a game suspiciously similar to Unpacking on mobile, know that this is not our game. However, it seems that they want to give the impression that it is!

Throughout the thread on Twitter, the developer Witch Bean Games reports that this problem is common, since they have encountered various Unpacking impersonators. What makes this one special is that they appear in many ad slots on TikTok and Instagram, propelling it to the top of the App Store.

“It’s demoralizing for a small team like ours to see content we spent literally years planning, refining, and creating by hand being hastily reproduced in an opportunistic, ad-ridden app just 3 months after we launched.”

However, in this case, we have a happy ending. The team has thanked the support that has been offered from the community, with reports towards this copy and therefore the game has been permanently removed from both platforms.

If you haven’t tried yet unpacking and you want to do it, keep in mind that the game is only available through Nintendo Switch, Xbox and PC via Steam and GOG. All the official information about the work and its news can be found on its website.