A bit of order! Differences between all Realme GTs 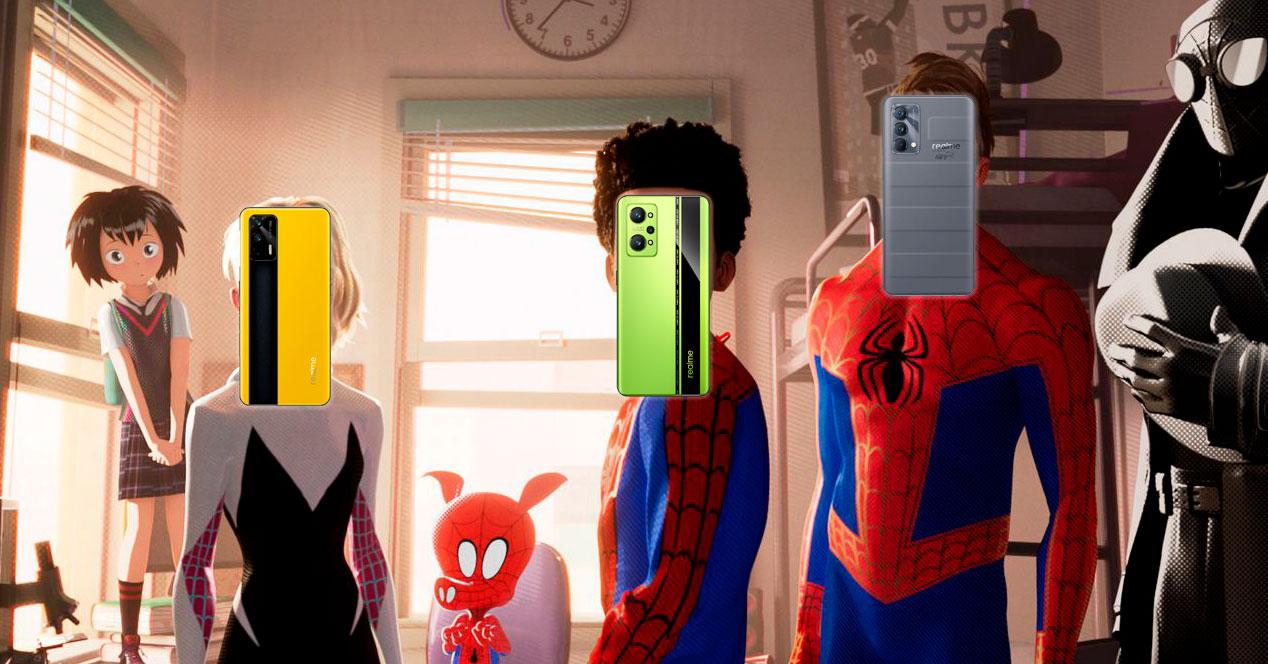 If we had to choose a similar brand in terms of sale, it would be Xiaomi, since both firms have a wide range of possibilities from which to choose based on your budget. One of the most striking families of the Chinese company is the GT series, which contains three quite prominent phones such as: the Realme GT, Realme GT Master Edition and the recent Realme GT Neo 2.

They are three devices of undoubted quality whose prices vary considerably, but why? A priori they can seem very similar terminals, but nothing is further from reality, as each one stands out in a specific section.

When it comes to photography, all of them have a 64 MP main camera, but, as if that were not enough, they also have an 8 megapixel ultra wide angle and a macro of 2. The only difference in this section has to do with the front sensor of the Realme GT Master Edition, which enjoys 32 MP compared to 16 MP of his peers.

In the Photographs obtained by each of them, no great changes are perceived. Of course, they are not as spectacular as expected, but they are competent enough.

In terms of power there is a clear winner, as the original Realme GT brings integrated a Snapdragon 888 processor last generation. This means that its performance is several steps above the Master Edition and only one compared to the GT Neo 2, as they carry a Snapdragon 778G and 870 CPU respectively.

Anyway, all three enjoy a spectacular performance. Mainly, because the chip difference is not as great as expected.

The battery is one of the key components when we look for a new smartphone and if you opt for any of these three options you should know that they are quite similar, but there is one that takes the jackpot. In this case it is the Realme GT Neo 2 which gets its way with a range of 5000 mAh which is opposed to the 4300 mAh of the GT Master Edition and the 4500 mAh of the original.

Read:  The best mobiles of the year

As for the fast charge refers we are faced with the same figure for the trio of terminals. Specifically, 65 W that guarantees you have your device ready in about half an hour in all three cases.

It should be noted that their screens offer nearly identical results despite the fact that the Realme GT Neo 2 is accompanied by AMOLED E4 panels compared to the Super AMOLED that the other two models incorporate.

The differential change here it has to do with your touch response rate, since in the case of the one mentioned in the previous paragraph it reaches the 600 Hz. Almost twice that of the other members of the GT family (360 Hz).

It is in this section where the differences between these three Realme phones are increased. As expected, the most expensive of them is the one with the greatest power, that is, the Realme gt with a base price of 599 euros.

An amount that is far from the original cost of the remaining models. Specifically, the Realme GT Master Edition has an exit cost of 350 euros, while his serial companion It is located near the 400 euros. So there is a discrepancy of almost 200 euros compared to the original GT model.

Xiaomi presents a smartphone to which you can mount Leica lenses