Bullfrag
Home Science A big difference between big and small religions is the origin of... 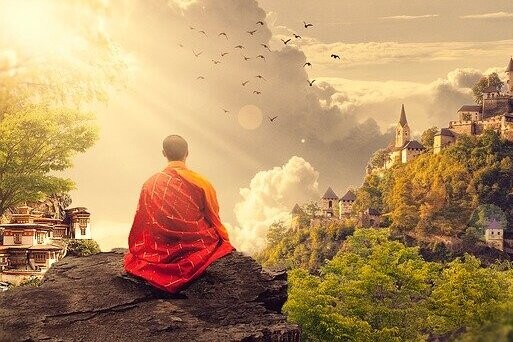 A group of anthropologists and historians of religion have wanted to answer this question by comparing official and popular religions in the following study.

The authors of this study thus propose that great and small traditions are the result of different forms of cooperation: the large tradition supports cooperation and loyalty with larger groups that include unrelated strangers. The small tradition would serve to sustain cooperation with family and friends, that is, a small-scale and more local cooperation where the emphasis is on interpersonal relationships.

To further investigate this theory, a series of studies was carried out with followers of traditions great and small. within Burmese Theravada Buddhism. Burmese Theravada Buddhism provides a vivid illustration of the main points of contrast between traditions great and small, due to the gulf between doctrinal Buddhism and local ‘animistic’ beliefs and practices, including devotion to spirits and demigods (nats) , magicians (weikza), and other beings, as well as astrology and magic.

At the same time, in addition, the so-called secular religions emerge, which can be observed in some social and, above all, political movements. An explanation is provided in A Theory of Political Parties: Groups, Policy Demands and Nominations in American Politics by Kathleen Bawn and her co-authors: the programs increasingly coincide with the interests of activists, and there are various psychological incentives to radicalize. You can expand on it in the following video: