Bullfrag
Home Technology Smartphone 8K DTT already has an official standard and will support both HDR... 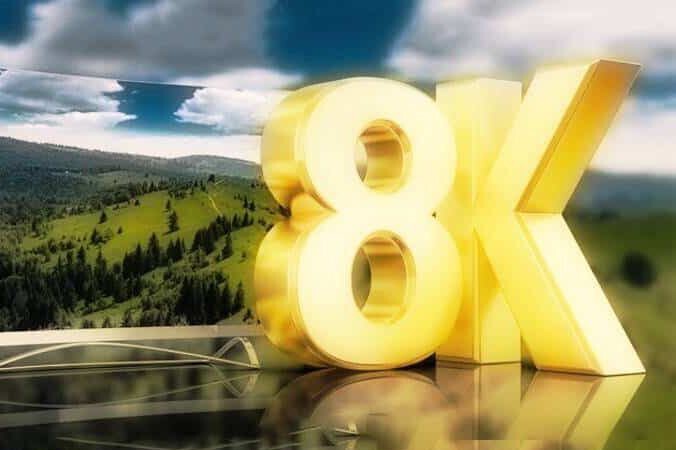 Technology is advancing at a rate that is difficult to keep up with, but it is true that in some sectors adoption is especially slow. We are talking about DTT broadcasts, for example, where 4K content is still conspicuous by its absence with a couple of channels being tested and little else. But this does not stop and we already have here the first DVB standard for 8K content.

With the new specification, DTT broadcasts are expected to reach a new level in terms of quality, but it will be seen whether the implementation of the standard arrives in the expected time or is delayed. Be that as it may, the first DVB 8K standard is already taking its first steps and with it the maximum resolution that televisions offer today is reached. Today.

8K, HDR and HFR but you will have to change decoder

With the future DVB standard compatible with 8K we will obtain a new standard based on HEVC or H.256 codec and that in addition will also support classic antenna broadcasts and data networks (DVB-DASH). In early 2022, although with an uncertain date, more efficient codecs will be used, such as the AV1 that Netflix already uses, or the AV53 or VVC.

And be careful, because the broadcasts with this DVB 8K standard will also be able to transport both HDR and HFR content (with high frame rates). As is to be expected, the arrival of this new standard in circulation will mean having to renew the current decoders since the current ones will be obsolete, and if we want to enjoy these contents we will have to have a compatible television.

Read:  How to use Siri and a Shortcut to view the COVID Certificate on iPhone

Or as a ‘set-top-box’ adapted to it, of course. Unfortunately, all we know right now is that this new standard is being worked on and we do not yet have a specific date for your arrival. Neither for its complete definition, although its first complete phase is already defined, nor for its deployment. Although taking into account that 4K is now beginning to touch our country, and 2021 is ending, we can get used to the idea that it will take time to have it in circulation.