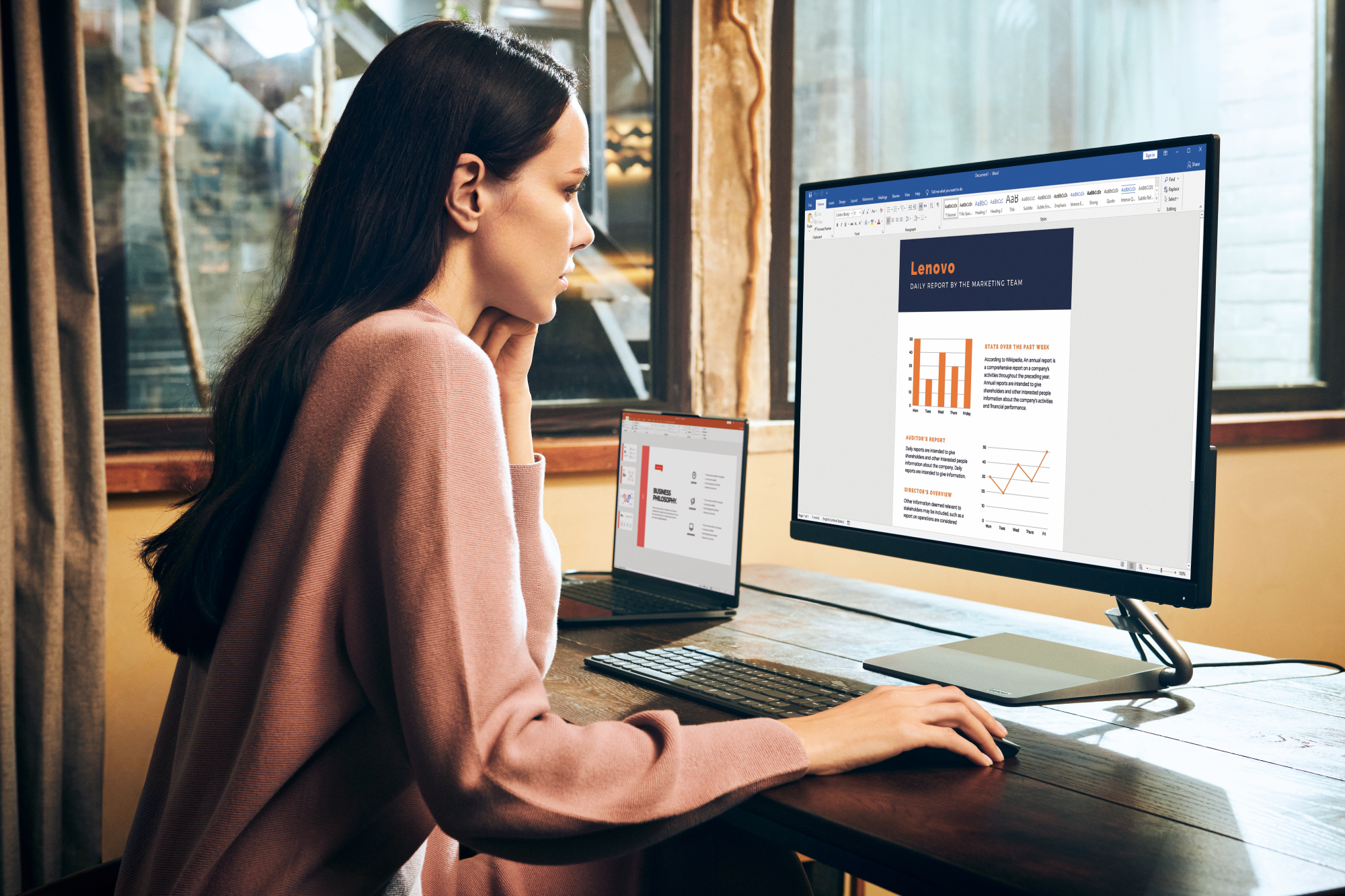 When we see scenes in movies of offices years ago, with individual cubicles and fixed positions, badly lit, with old equipment and a lot of clutter on the tables, we all get a lot of attention. Especially taking into account the examples we have today of companies that take care of work spaces in all aspectscreating places capable of offering maximum comfort and convenience to workers.

And it is that for a couple of years, jobs have changed radically. From the individual cubicles and work tables assigned to each person to open spaces where everyone can sit where they want, simply picking up their computer and moving freely.

In this sense, technology can do a lot, with equipment that combines power and versatility at the same time to be able to perform any type of task easily and anywhere.

Lenovo is one of those brands that, mainly in the professional environment and increasingly in the private sector, has a wide range of products in all categories, perfect for creating an intelligent and flexible workspace, in keeping with today’s times. If we add to this his relationship with Microsoft and that all his computers include the latest version of Windows 11, we have the perfect mix.

Index hide
1 Work from home, from the office or from anywhere
1.1 A real success story: Debeka
1.2 Microsoft as a perfect ally

Work from home, from the office or from anywhere

The same happens with people who did not mind teleworking but who are not so clear about the future and do not view returning to the office with a bad eye. Especially employees in small and medium-sized companies.

The solution goes through a hybrid model where each employee has a team that allows them to work from anywhere. And there, for 85% of workers, collected in a study carried out by Lenovo, technology plays a fundamental role in helping workers feel productive, collaborative, and engaged, wherever they work.

Debeka is a huge German company, present in different sectors such as financial services or insurance. In fact is one of the five largest in the latter sector, with more than 21 million customers. As is to be expected, a company of these magnitudes does not have a small staff. In fact, in his case, there are 16,400 employees.

Due to the sectors in which it operates, most of its employees need portable equipment that allows them to travel from one place to another, either to go to other locations or visit clients. In fact, it is estimated that only sellers are more than 8,000 people.

For this reason, Debeka decided to change its work space and its park of mobile devices by Lenovo computers. The premise was clear: to be able to reduce the weight of the equipment that each employee carries on their outings.

Finally, another of the reasons that led to opting for Lenovo is because of the ease in deploying the suite of Microsoft applications. In addition to Windows 11 and Microsoft Office, Debeka needed all its employees to be able to use the cloud solution Microsoft Azure.

Microsoft as a perfect ally

Part of Lenovo’s success in recent years is due to its relationship with its partners. Intel, in the chip part, and Microsoft in the software part. Nowadays, no one doubts its reliability as a Windows operating system, and its latest version even more so, also improving the productivity of its users.

With the release of Windows 11 just over a year ago, Lenovo has a very important commitment that all their computers have this version pre-installed, and that your older models can update without problem. Both at the domestic and educational level and, especially in the professional field, Windows 11 not only stands out for its usability but also for its compatibility with its main applications for the corporate environment, such as Azure or Microsoft Teams.

In summary, With the pandemic it became clear that things can change from one day to the next, and technology has the role of facilitating this change for users. Lenovo, hand in hand with its teams, is one of the few companies that can provide an answer to any user in any situation, no matter how unforeseen it may be.