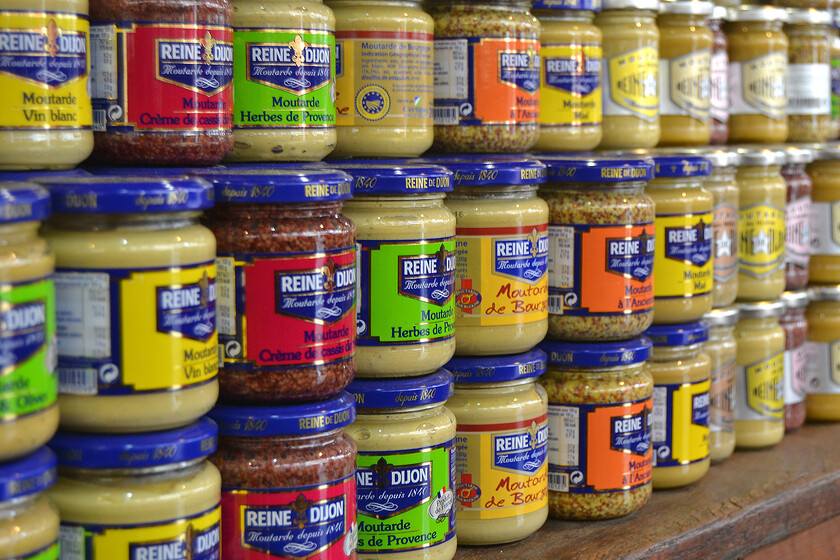 France is going through a difficult time in terms of supply problems of iconic products of its gastronomy, such as foie gras, frog legs or, now, the appreciated mustard. To the global increase in inflation we must add environmental factors and the problems arising from the war in Ukraine, which are leaving the country with a drastic reduction of the production of your favorite condiment.

Mustard, understood as a packaged product, is actually a sauce made from the seeds ground or crushed from the plant of the same name, combined with other ingredients. There are many types and ways of preparing it, but French mustard, along with Dijon At the top, it is the most famous and prestigious in the world, and an essential product in the daily life of its inhabitants.

Therefore, as pointed out in New York Timesthe gradual disappearance of their beloved jars on the shelves of stores and supermarkets is generating more than concern in France. In an image that reminds us of those days when it was difficult to find sunflower oil or milk in Spain, the shelves look increasingly empty and some shops are limiting the sale to one unit per person.

The main problem facing the production of Dijon mustard is the source of its raw material. 80% of the mustard seeds used in France are imported from canada, which leads world production and export. And the latest harvests are not being good at all.

Already last year, Canadian mustard production suffered a notable decline from its usual figures, and the situation in 2022 is getting worse. A especially hot summer and strong droughts that have hit the North American country is wreaking havoc on agricultural production, seriously affecting mustard crops, whose harvest has been reduced by almost 50%. Consequently, mustard production in France has also plummeted.

The Russian invasion of Ukraine has only made the situation more complicated, since both countries are also important producers and exporters of seeds of this plant, although of a variety less appreciated by the French, who prefer the brown one Brassica Juncea, more intense. In any case, the lack of supply of this mustard has also affected the global demand for the seeds, thus causing a notable price escalation. Not only is there little mustard, it is also much more expensive.

The French must therefore face a unusual situation not being able to access one of their favorite condiments, a product that for many homes and businesses is a everyday pantry staple. In the Times suggest that a new avenue of business is opening up to promote alternative dressings and sauces, such as horseradish (horseradish), wasabi or Worcestershire sauce, but they also point to other measures in the medium-long term.

As the world’s leading consumer of mustard, and proud of the quality and reputation of its local product, perhaps it is time that France invest in cultivating and producing their own mustard seeds, instead of relying on imports from a country thousands of miles away.

Pictures | Florival – Pixabay – Marco Verch
In DAP | The definitive guide to mustards: varieties, uses in the kitchen and which ones have more sugar
In DAP | How to make the perfect vinaigrette (and five light salads to use it on)