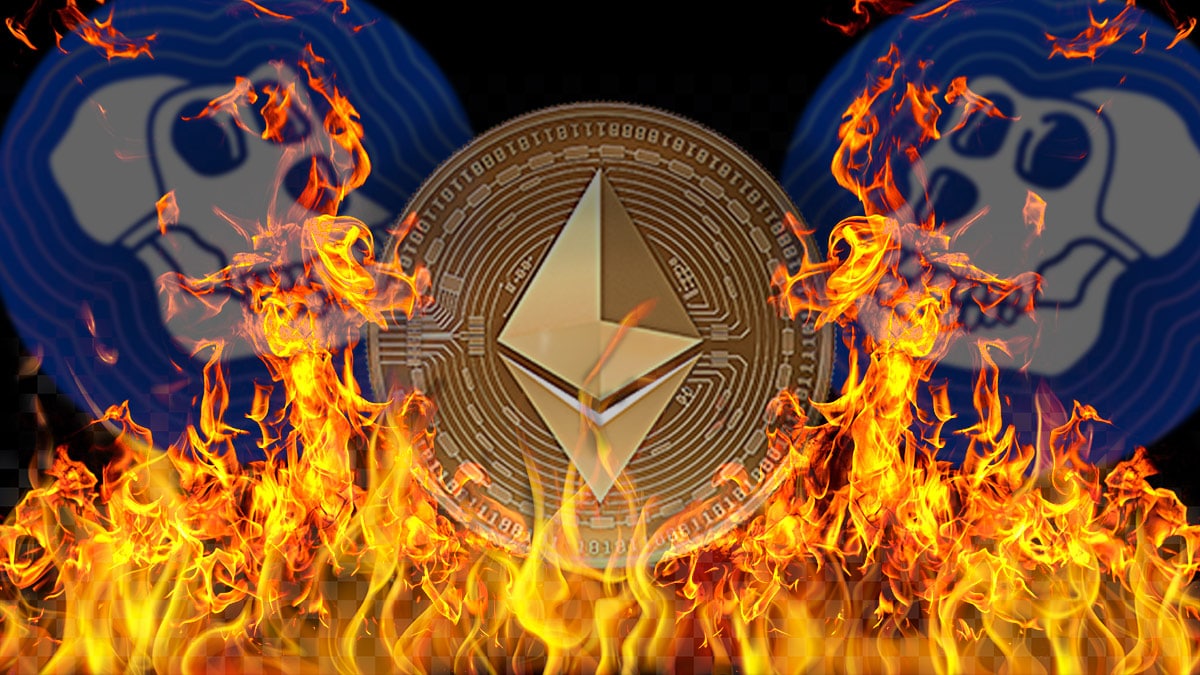 Ethereum witnessed this Sunday, May 1, the largest commission burn in ether (ETH) in its history. At the end of the day, 71,717.8 units of the native cryptocurrency had been removed from the network, as a result of the EIP-1559 improvement proposal that was implemented nine months ago.

Such statistics, which is reflected on the site watchtheburn.com, is more than triple the previous record, reported on January 10, 2022, when 19,424.8 ETH was burned. Such an ether burn also led to the lowest net issuance in history, with a negative balance of 58,283 ETH.

What was the cause of these unpublished episodes? putting in Metaverse land sale of non-fungible tokens Bored Ape Yatch Club appears as the main trigger. As reported by CriptoNoticias, the furor over these plots of the Otherside metaverse, which does not yet have a definitive release date, generated a collapse in the network that raised the rates to extremely high levels.

In the early hours of Sunday, shortly after the metaverse lands of the developer company Yuga Labs were put up for sale, fees on Ethereum averaged $399 or 6,193 gwei. The 55,000 parcels for sale in NFT format had a value of 305 apecoin (APE), equivalent to USD 5,500.

How are Ethereum cryptocurrency fees and burning related?

This increase in rates had its impact on the record burning of ether that was consumed during the day of the first day of May. As this newspaper has explained in previous publications, the EIP-1559 establishes that fees paid to miners to validate Ethereum transactions are burned. The miners, meanwhile, receive a tip for their work.

This improvement proposal, implemented in August 2021 in Ethereum, is intended to make ether deflationary in the long term. Of course, this would take time to achieve because a point should be reached where the emission is less than the burning of this cryptocurrency. This is expected to happen only after the merger, when version 2.0 of the network is fully operational. Such an event is expected to occur before the end of 2022, according to the developers.

However, the rhythm of the burning had not been the best. In March 2022, CriptoNoticias reported how the elimination of circulating ethers was at its lowest point, to which an ascending emission was also added. At that time, a few days of the month exceeded 5,000 ETH burned, a number well below the more than 71,000 eliminated only last Sunday.