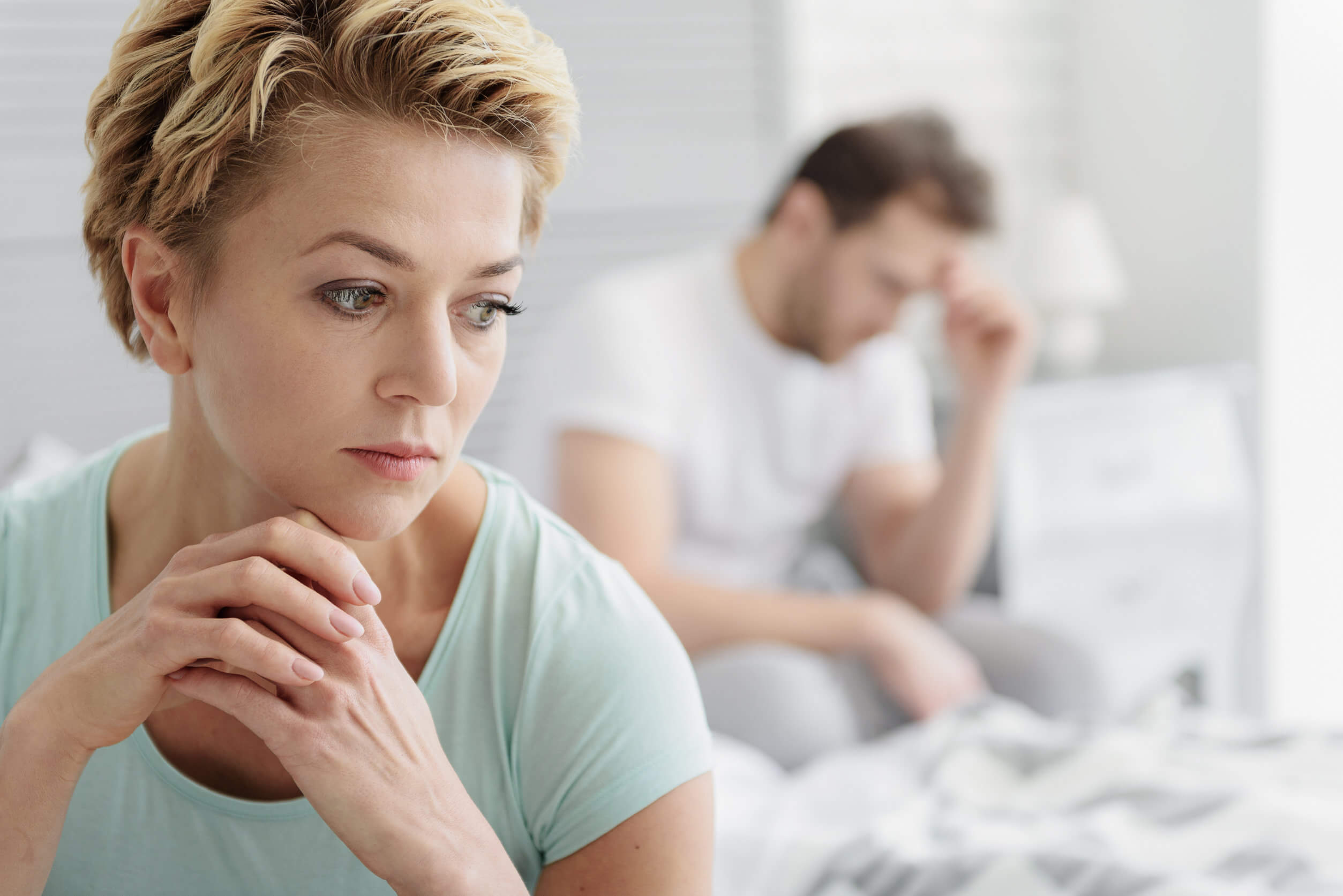 Insecurity is a big problem when it comes to achieving partner satisfaction. Let’s look at some signs that help you identify it.

Reviewed and approved by the psychologist Elena Sanz the November 26, 2021.

None of us completely escape insecurities. They are healthy to some extent, but when they exceed a limit they can play against you in a number of ways. There are some signs of insecurity in love that you cannot ignore if you want a stable, prosperous and lasting relationship.

The problem is that sometimes they are so subtle that you don’t even realize they are there. It is also likely that you have been dragging them for many years, to the point that you think they are natural behaviors. We have compiled 7 signs of insecurity in love that you can use as a guide to start working on them after identifying them.

Index hide
1 7 signs of insecurity in love
1.1 1. You feel fear of abandonment
1.2 2. You are very independent from your partner
1.3 3. You have a hard time giving up trust
1.4 4. You want the relationship to be perfect
1.5 5. You take as a reference past relationships
1.6 6. You are jealous
1.7 7. You turn minor conflicts into extreme fights

7 signs of insecurity in love

Researchers agree that, in conjunction with low self-esteem and dissatisfaction in the relationship, insecurity in love is a condition that mediates the breakdown of a romantic relationship. This can be explained in many ways, although one of the most common is through the insecure attachment.

Insecure attachment is characterized by fear and uncertainty when establishing a relationship (friendship, partner and others). In general, it develops in childhood through relationships with parents, guardians, or primary caregivers. Three types are distinguished: anxious, avoidant and fearful-avoidant.

This type of attachment has multiple repercussions in life as a couple. In addition to increasing the chances of breakout, the evidence points also that it is a factor for sexual dissatisfaction. Let’s look at some signs of insecurity in love that you can use to identify it.

1. You feel fear of abandonment

The fear of abandonment is one of the main signs of insecurity in love. In fact, it is the starting point to confirm or deny this pattern of behavior. It can manifest itself for many reasons, in almost all of them it is due to low self-esteem. Let’s see some examples:

As you might expect, the fear of abandonment is a huge stone that hinders a healthy relationship. Through it you can develop a series of behaviors that deteriorate both you and the relationship. For example, you can come to tolerate certain actions so that they are not the trigger for a breakup (infidelity, violence and others).

2. You are very independent from your partner

A curious thing that happens with insecure attachment is that it develops through contrast. Although you feel fear of abandonment, this does not prevent you from manifesting an independent attitude in the relationship. This behavior begins in childhood and extends into adulthood with almost identical results.

For example, you can make decisions without consulting their opinion, hide or even reject acts of affection, assimilate a distant or cold attitude and so on. Independence is developed as a defense mechanism against insecurities and fear of abandonment. If the latter happens, at least I am not so committed and it will not affect me as much; you think in your mind.

Read:  All about “Sinopharm”, a vaccine that COFEPRIS could authorize

3. You have a hard time giving up trust

Trust is a central idea in every relationship. The reasons why many are shipwrecked is due to the lack of trust between the parties. However, your insecurities may prevent you from giving up this trust; which sooner or later will end up affecting the relationship in many ways.

Some explicit examples of a lack of trust are that you doubt about the fidelity of your partner, you have misgivings about the feelings that your partner tells you to profess and you continually suspect that he is not telling you the truth.

Keep in mind that, in very simple terms, trust always implies tolerating uncertainty. If you only focus on uncertainty, and not tolerance, things can only end on bad terms.

4. You want the relationship to be perfect

This is one of the signs of insecurity in love that has its origins in the romantic conception inherited from society. Many tend to idealize love to an extreme limit, so much so that it comes close to the idea that is had of it in some films, series and commercials.

Therefore, you can come to pretend that the relationship is perfect. When some aspect of her is not in line with your expectations, then you think that it is a bad relationship or that it does not make sense to continue. Idealizing a partner to the extreme is nothing more than a symptom of insecurity and fear. One that, by far, guarantees failure.

5. You take as a reference past relationships

That is, you evaluate your current relationship based on relationships they have had in the past. You don’t do it to identify the good things, which could be positive, but to find parallels and associations that lead you to suspect that this is heading along the same lines.

This could also be a technique with a few pluses. The problem is when you start to force relationships, to the point that you start to do some without any argument. Comparing everything you do with what you ever did with someone else in the past will never end in fruition..

Yes, jealousy is another of the signs of insecurity in love. Jealousy is nothing more than a manifestation of our instinct to keep what we have. Since it is an instinct, you will always develop a certain amount of jealousy. This is not an excuse for the manifestation of pathological jealousy.

Therefore, being jealous of your partner on a recurring basis is a symptom of insecurity. You want everything to be kept under your strict control, so you use jealousy as a tool to achieve this. Needless to say, jealousy is a poison that sooner or later ends up poisoning the relationship.

Another characteristic of insecure attachment is that, unconsciously at least, you seek to sabotage yourself (which implies sabotaging the relationship). Among other things, this will lead you to turn minor fights into momentous fights.

Any loophole that you can use to express insecurities, concerns, fears, jealousy and internal conflicts you will use to your advantage. Take into account what we already discussed about the relationship of contrasts, since this goes against pretending that you want a perfect, ideal and stable relationship.

Of course there are many additional signs of insecurity in love: rejection of sex (or dissatisfaction during encounters), pathological dependence, feeling threatened by the independence of the partner and under emotional control. All of these characterize this behavior that slowly corrodes relationships.