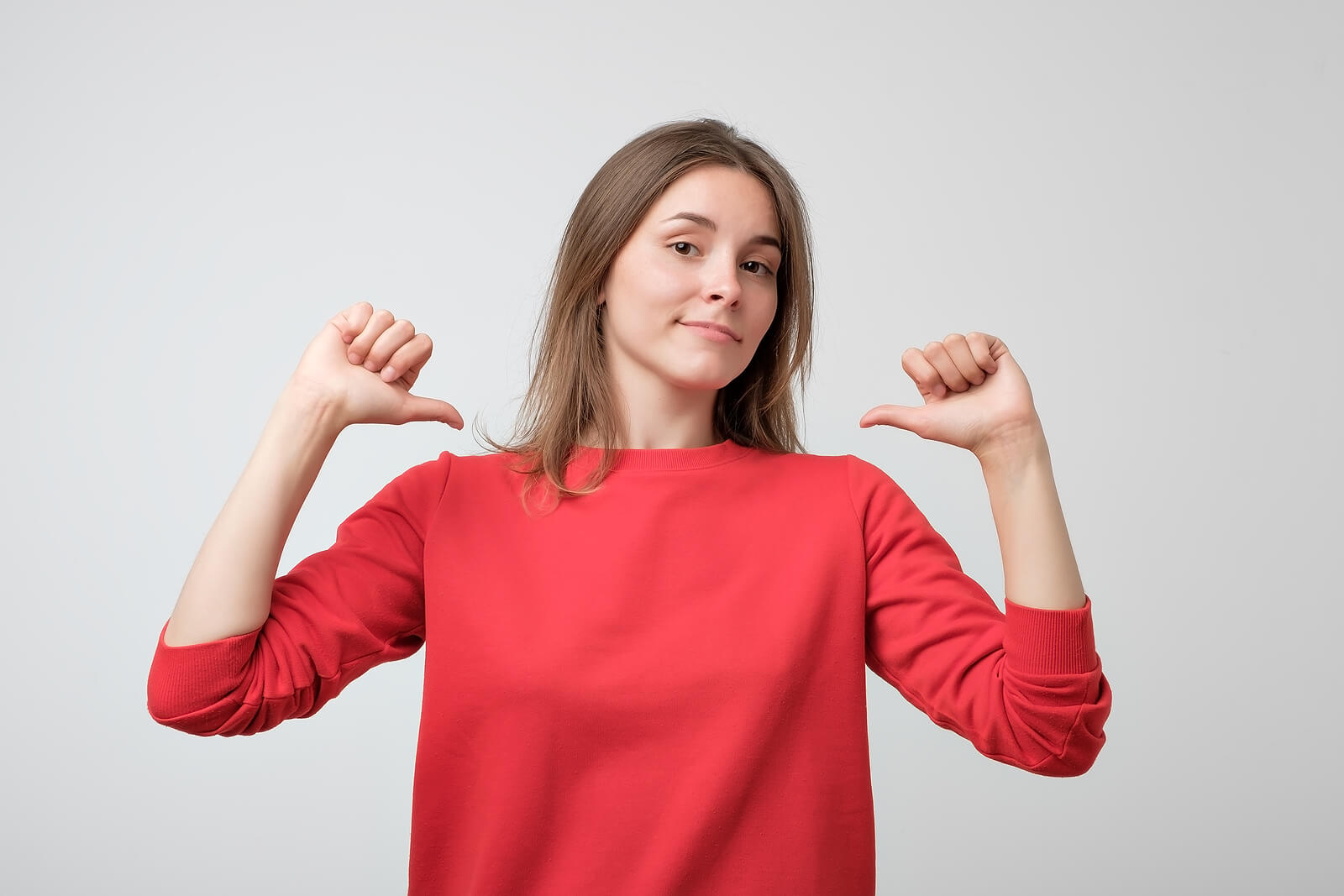 Pride is a very widespread personality trait, sometimes misunderstood. Do you know how to distinguish a proud person? We present 7 characteristics that define them.

Reviewed and approved by the psychologist Elena Sanz the 08 November, 2021.

Pride is one of the emotions about which there is a greater number of misunderstandings. In part, this is because it was not considered a primary emotion for a long time. Also, because it is often associated with pride, arrogance or vanity. To dispel these myths, let’s introduce you to some characteristics of proud people.

Our intention will be to make you see a different face of pride. Not every proud person is pedantic, vulnerable to criticism or deep down has a weak character. Of course we find subjects who respond to these labels, but also others who do not. The psychological characteristics of the proud people we choose are general and allow us to distinguish this attitude.

Some specialists, as it is Jessica L. Tracy, divide pride into two facets: true pride and arrogant pride. The former is good for us, it has a social function and it helps to build our self-confidence. The second results in presumption and negative social stigma.

Although this model not without criticism, the truth is that it is useful to understand that pride does not always manifest itself in the same way. Let’s look at some psychological characteristics of proud people that we can classify as general.

1. They have high self-esteem

If something characterizes a proud person, it is that they have high self-esteem. This can be based on objective skills or qualities, or on the contrary be consolidated on subjective ideas. In fact, when we think of pride we do it in the context of someone who has a good opinion of themselves.

It is not true that all pride is bad. It is to the extent that there is an exacerbation of it, often related to disorders (such as narcissistic personality disorder). Ultimately, one of the characteristics of proud people is having a firm and solid self-esteem.

2. They do not feel threatened by the success of others.

Although it is true that a proud person is very competitive, deep down they do not feel threatened by the success of others. They are so confident in their abilities, skills and abilities that they know that sooner or later they will achieve equal or greater success.

This can manifest itself in many ways, such as disinterest or undervaluing the success of others. Sometimes they can just ignore it. The latter is the most common, or at least that is what point to the evidence. According to her, a proud person is characterized more by self-inflation than by the devaluation of others.

A proud person only focuses on his success and the path he must travel to reach it. The achievements of those around you are not at all a condition for achieving your own. They are not even an inspiration or an incentive.

3. They are not afraid to express their ideas or opinions

Due to the security and high esteem they have for themselves, proud people are not afraid to express their ideas or opinions. This does not mean that they are always giving it, but that when they do, an aura of confidence, security and determination surrounds them.

This can occur even though your arguments are not entirely correct. Thus we add one more ingredient to the characteristics of proud people: stubbornness. Their high security makes them stubborn when speaking and acting, something that of course can work against them.

4. They want to be in control

Surely in your life you have had to deal with dozens of proud people. Have you noticed that most of them have a strong drive to be in control? The relationship between pride and leadership is something that experts have pointed outSo it is not surprising that most leaders are themselves proud people.

This has an explanation, one that follows the lines we have already laid out. A proud person believes that their ideas, aptitudes and abilities are almost perfect, so that they can better guide the achievement of something. They volunteer to be leaders or they just take it on.

5. They are very independent

All the cocktail of characteristics of the proud people that we have exposed derives in that they are very independent. They are in every way: socially, emotionally, economically, and so on. In fact, this independence may lead them to refuse help or support from others in some contexts.

Someone proud thinks that the most important things in his life should be achieved by his own means. They are closed in accepting the support of others, in part because they believe that this implies a decrease in their abilities. It is to show others, according to many of them, that you are not as good as you presume to be.

Although social approval is not a condition for high self-esteem and self-perception, of course a proud person will enjoy social approval. For example, they enjoy having their circle approve of what they say, what they do, or what they think. This is a reward that feeds more and more their pretenses.

It is not true that proud people need constant approval, or that their true attitude is unmasked without it. Although we can of course find cases that fit this context, not all do. Someone can maintain their pride even when those around them do not fully approve of their skills or knowledge.

7. It is hard for them to admit that they are wrong.

Finally, another of the characteristics of proud people is that they are not prone to admit their mistake. Even when they face it, or are dealing with its consequences, they will not admit that they have been wrong. At least not publicly, which doesn’t mean they don’t introspect about it..

Keep in mind that, for most of the experts and researchers, pride has a very important social role. This social role confers a certain status or image that they want to preserve. To admit the mistake right off the bat is to go against all this.

We hope that the reflections that we have presented have helped you to banish some misconceptions about pride. As we have pointed out, sometimes this is a symptom of a disorder, especially when it is associated with arrogance or arrogance. These cases can be treated with therapy, which can help improve the individual’s social relationships.