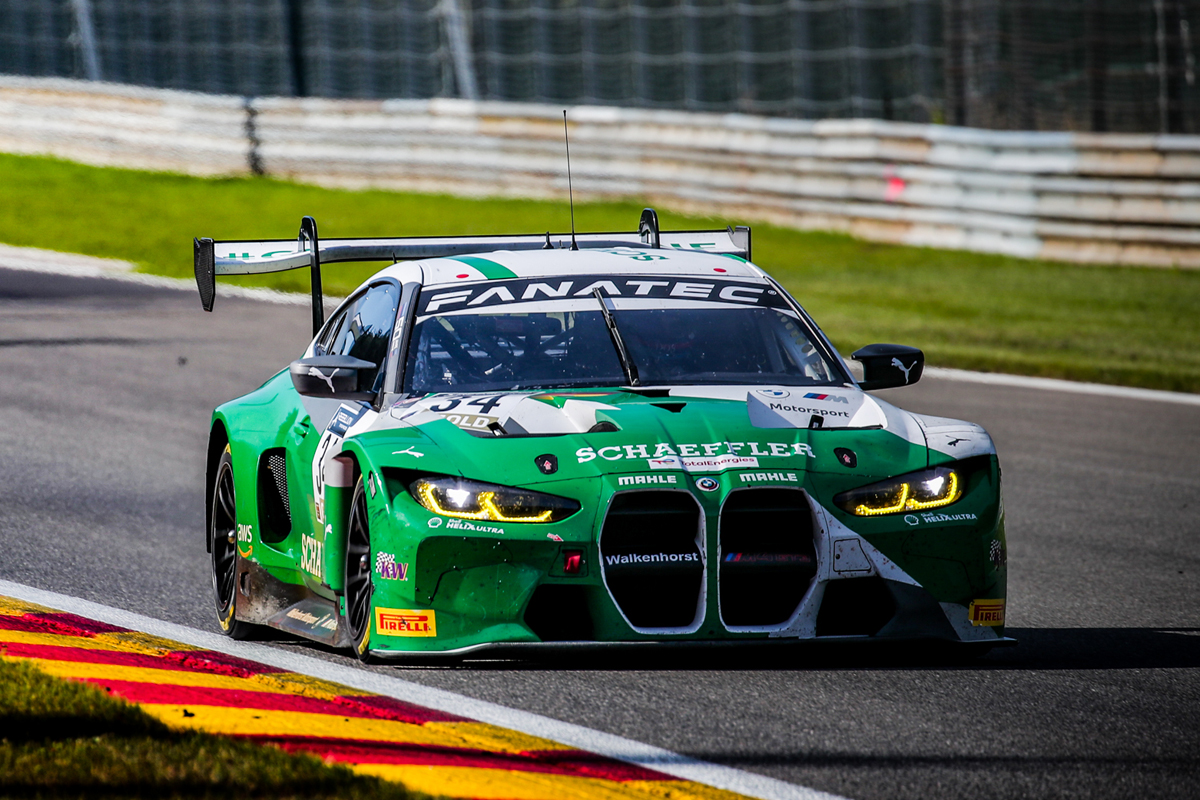 SRO Motorsports has published the entry list for the 74th edition of the 24 Hours of Spa. The queen event of the GT World Challenge Europe will feature a total of 65 GT3 vehicleslist of participants in which they stand out the 23 cars that appear registered in the Pro class. In addition there are a total of 18 entries in the Silver Cup, 14 participants in the Gold Cup and a couple of cars in the Bronze Cup. To these vehicles must be added the eight contenders in the Pro-Am category.

As is the norm, the 24 Hours of Spa is the perfect crossroads between the GT World Challenge Europe and the Intercontinental GT Challenge, although the high number of entries in the Endurance Cup leaves little room for teams outside the European series. However, teams such as GruppeM, K-PAX Racing, KCMG, EMA Motorsport, Toksport WRT or GPX Racing, as well as TF Sport, have found a place to have their GT3s in the Ardennes. With everything, the Iron Lynx team is the rival to beat after the victory achieved in Spa last year.

A total of nine GT3 manufacturers will be represented at Spa, although the bets are very different. German firms colonize two thirds of the grid, with Mercedes and Porsche with thirteen cars per brand. However, Mercedes only has three vehicles registered in the Pro class, for the five that its ‘neighbor’ has. For its part, Audi will have twelve GT3 on the gridalso with five vehicles fighting for the Pro class. BMW closes the German offensive with five units of its new M4 GT3two in the queen category.

Read:  Young is fired after two days; revenge vs. Spa files for bankruptcy

With nine cars, Lamborghini is one of the brands that also has an important contingent in Spa. The Italian firm will have three Pro cars, so it can perfectly conquer the queen appointment of the GTWC Europe. Already below in volume of GT3 vehicles appears the figure of Ferrari, with five cars, but notable options to achieve victory. And this review will end in a British key, since McLaren presents four vehicles, for the three of Aston Martin and the lonely Bentley of the CMR team.

Although there are still many vacancies to be filled, the presence of Spanish pilots is very interesting for the victory options that each one of them has. Álex Riberas will be in the Aston Martin #23 of the TF Sport team alongside Ross Gun and Charlie Eastwood. For its part, Michael Molina will participate in the intense defense of his triumph in 2021 of the Iron Lynx team at the wheel of the #51 Ferrari. The Catalan Albert Costa is present in the Lamborghini #63 by Emil Frey, while Dani Juncadella competes with the #88 Mercedes of Akkodis-ASP.

This is how Jonathan Orozco and Nytze Reyes enjoyed their $200,000 Audi