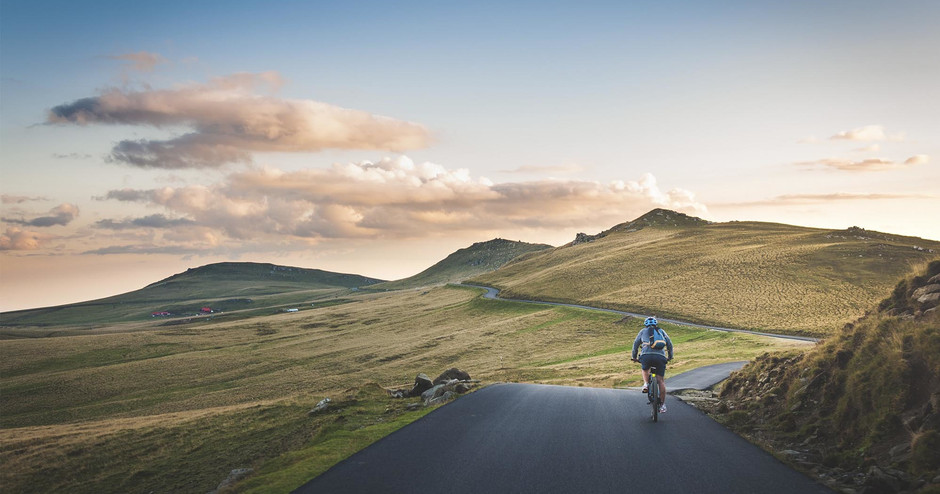 During the ‘new normal’, it is vital to avoid crowds, which is why it seems that – at least, for the moment – we will see mass tourism diminished. The beaches are not going to be what they were either, and air travel is still far from ‘taking off’, so everything is configured so that we dare with new ways of traveling: how about doing it by bicycle?

To do it, nothing like being inspired by the complete Spain bicycle guide. 101 essential cycling routes (Geoplaneta, 2020). The same, written by the cyclist and journalist Sergio Fernández Tolosa, not only provides the promised information about the best routes to explore the natural wonders of our country; It also answers questions that anyone, an amateur or a neophyte, asks before taking a trip like this: Where to go? When? For how many days? Where to sleep? What clothes to wear? What time will it make? Will previous training be necessary? How to get to the beginning of the route?

The selection brings together itineraries of all levels, from the flattest and most affordable to the most demanding. They are not closed plans, but routes that everyone can shape at their own pace, dividing the route into the stages they prefer, taking possible shortcuts or taking extra detours to extend the trip, visit more places, etc. Here are some of our favorites from this book, which divides Spain into the following areas: Mediterranean, Pyrenees, Cantabrian, Northern Zone, Central Zone, Southern Zone and Islands.

1. CABO DE GATA: ESCAPE TO THE ORIGIN OF THE WORLD

” Dizzying cliffs, movie beaches, defense towers… The volcanic landscape of the Cabo de Gata-Níjar Natural Park seduces the traveler with its rugged reliefs on the shores of the Mediterranean, on a route that treasures one of the few stretches of unspoiled coastline in the country, in addition to countless lessons on the geological and human past of this unequaled territory, “reads Spain in a bicycle .

Tolosa offers us a tour of two or three days in which we will observe flocks of flamingos perching in the salt flats of San Miguel; we will look out to the reef of the Sirens, we will bathe in the beach in which Indiana Jones is saved by his father; We will visit the farmhouse where Federico García Lorca’s Wedding of Blood was inspired and we will pedal to the interior of an old volcanic caldera.

“In some sections of roads, the firm and the steep slope make it necessary to walk a few meters, but the beauty of the landscape compensates for all the effort,” says the specialist.

2. ORDESA, AÑISCLO CANYON AND OTAL VALLEY: PARADISE ON THE EDGE OF THE ABYSS

This journey through the periphery of the beautiful Ordesa y Monte Perdido National Park runs along winding roads and mountain tracks that cross glacial valleys, legendary forests and unfathomable canyons.

According to the author, the route is perfect to look out on the most aerial balconies of the Ordesa canyon; pedaling along the spectacular road of the Cambras gorge; stroll through towns with cobbled streets and medieval mansions; delve into the Bujaruelo valley and contemplate the silent circus of Otal and meditate – or take a nap – on the banks of the Ara, the only great free river in the Pyrenees.

In addition, Tolosa ensures that the tour, which can be completed in two or three days, is technically affordable, despite the high physical hardness of the unevenness.

3. PICOS DE EUROPA: RETURN TO THE MASSIVE OF ANDARA

This tour of the beautiful landscapes that surround the Picos de Europa in its Leonese and Cantabrian slopes is a little more ambitious than the previous ones and ideal for mountain biking. It can last from two to three days, and the author, optimistic, writes: “The accumulated slopes, especially by the very hard ramps of some tracks, which border on the absurd, and a couple of descents that are made through stony roads are the only complications “

The effort, yes, will be worth it, giving us the possibility of crossing the national park through the Puertos de Áliva, pedaling between the massifs of Los Urrieles and Andara; savor the blue cheeses made by hand in mountain caves; visit the monastery of Santo Toribio de Liébana; enjoy the autumn of a thousand colors in the beech forests of Cosgaya and, to complete the journey, enjoy a beautiful panoramic view of the Picos de Europa from the Llesba pass.

4. CASTILLA CHANNEL: WHEN TIME MATTERED, BUT NOT SO MUCH

Ideal to start, this route that covers four to five days runs along the banks of the Canal de Castilla, where we will discover the secrets of the most important Spanish hydraulic engineering work of the 18th century, “a vestige of a not so distant era in which the Things were literally moving at a different speed. “

The journey offers us the possibility of observing the varied birdlife that inhabits the ecosystems of the Canal de Castilla; to savor the gastronomy of Palencia – lamb, sheep’s cheese, crayfish… -; to soak up the pilgrim atmosphere of the Camino de Santiago in Fromista; to visit the wineries and taste the rosés of Cigales and to complete the adventure linking Medina de Rioseco and Valladolid along the Route of the Castles.

“Sierra Nevada, Mons Solorius de Plinio el Viejo, houses the highest peaks of the Iberian Peninsula and also the southernmost snows in Europe. To explore it we propose a trip from the old capital of the Nasrid kingdom of Granada to the Alpujarra, through it was the highest-altitude paved road on the continent, “reads our guide.

It is a route for initiates due to the long ascents and the altitude reached, but those who carry it out have the opportunity to explore the Sierra Nevada National Park pedaling above 3,000 meters; park the bike for a couple of hours and crown the top of the Mulhacén on foot; breathe peace in the white villages of the Alpujarra and savor the Trevélez ham; culminate the journey in the magical Granada neighborhood of Albaicín and even visit the palaces, gardens and the Alhambra fortress.

6. RETURN TO IBIZA: JUGGLING THROUGH THE WILDEST PATHS ON THE ISLAND

This journey proposes us to discover the most natural face of the well-known island, leading us between dramatic cliffs and tempting coves with turquoise waters, “a true paradise for mountain biking “.

With a duration of three to four days that runs through some technical trails that demand some skill on the bike, the route is perfect for pedaling to the most remote watchtowers on the island; discover the jetty and the ruins of Sa Caleta, in the first Phoenician settlement on the island; look out to the natural viewpoint of the islets of Es Vedrà; discover paradisiacal coves among the pines; sweeten the palate with the traditional ‘ orelletes ‘ and return to the starting point through the unknown and authentic rural Ibiza.