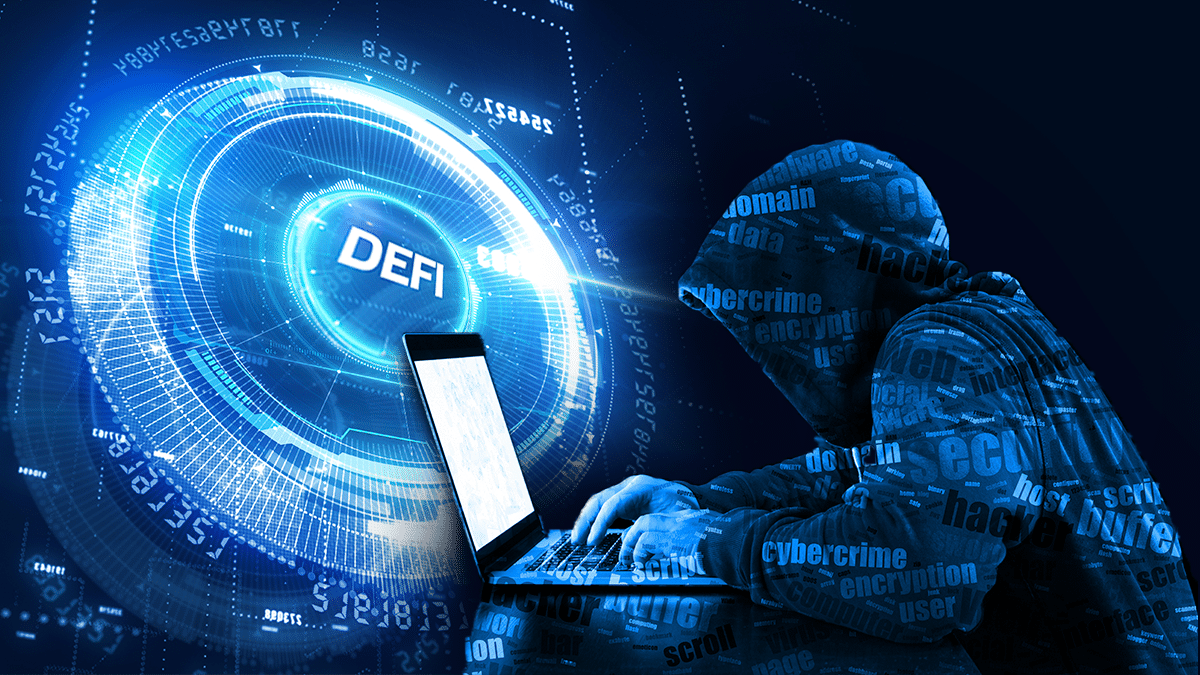 The widespread use and adoption of bitcoin (BTC) and cryptocurrencies by individuals or traditional institutional actors grows over time and this makes cybercriminals use the ecosystem to commit fraud, launder money, among other illegal activities.

one of the tools most used for fraudulent purposes, are decentralized finances (DeFi), according to a poll from the firm Elliptic.

47% of risk and compliance professionals in the cryptocurrency industries and financiers consulted, assured that DeFi “presents the greatest risks for financial crimes.”

Within the DeFi sector, the popularity of decentralized applications (dApps) in 2021 made that sector grow by 1700%, moving $247 billion, while decentralized exchanges (DEX) reached $300 billion in monthly trading volumes over the past year.

Such figures have begun to “get the attention of banks and other financial institutions, who are considering how they can take advantage of DeFi innovations to provide their customers with new products and services,” explains Elliptic in a study from last March.

Those consulted indicated that non-fungible tokens (NFT) are the second most at risk of being used for financial crimes with 30%. In total, 100 security experts in the area of ​​cryptocurrencies were surveyed.

DeFi has a weak point

Although they seem to be encouraging figures, DeFi also has a weak point. According to the report, investors in the area of DeFi has suffered losses totaling over $12 billionIn 2021 alone, losses reached USD 10 billion.

This happens because users of dApps can generally access these services without having to provide Know Your Customer (KYC) information, which makes the DeFi ecosystem of easy access for cyber criminal groupsfacilitating money laundering with crypto assets.

A clear example of how hackers use DEXs for illicit purposescomes from North Korea. Different innovative maneuvers are carried out from that country to exchange ether (ETH), the native cryptocurrency of Ethereum, and bitcoin with each other. In 2021, the Asian nation stole more than USD 400 million through cyberattacks, as reported by CriptoNoticias.

More recently, this outlet reported that the United States claimed that North Korean hackers were behind the attack on the Ronin network of the Axie Infinity video game, where they stole $600 million in ETH.

Cyberattacks are largely done through ransomware and these are more likely than other criminals like hackers or scammers to consolidate and hold funds long-term instead of moving them immediately to a fiduciary order, according to a forensic investigation from the cryptocurrency intelligence company, CipherTrace, published recently.

The firm considers it “common” for hackers or cyberattackers to use bitcoin to launder stolen funds using mixers or coinjoins, these are software tools that pool and recode cryptocurrencies from thousands of addresses.

However, CipherTrace found that commingling funds in general is “not that common among ransomware actors” and they prefer a user privacy-focused wallet like Wasabi.

“The non-custodial nature of a coin pool means that the user remains in full control of their funds and does not need to rely on a trusted third party who could abscond with the cryptocurrency or keep records of the transactions,” explains CipherTrace.

Although the Wasabi use could no longer be as effective. The company behind the wallet announced that it will start veto certain Bitcoin addresses that use coinjoin, zkSNACKs, developer of the wallet, have not published the reasons for these new policies that threaten privacy, but it can be assumed that it is due to alleged pressure from the States.

This leaves cybercriminals less likely to handle the funds obtained by the attacks, especially those directed to financial tools such as DeFi.