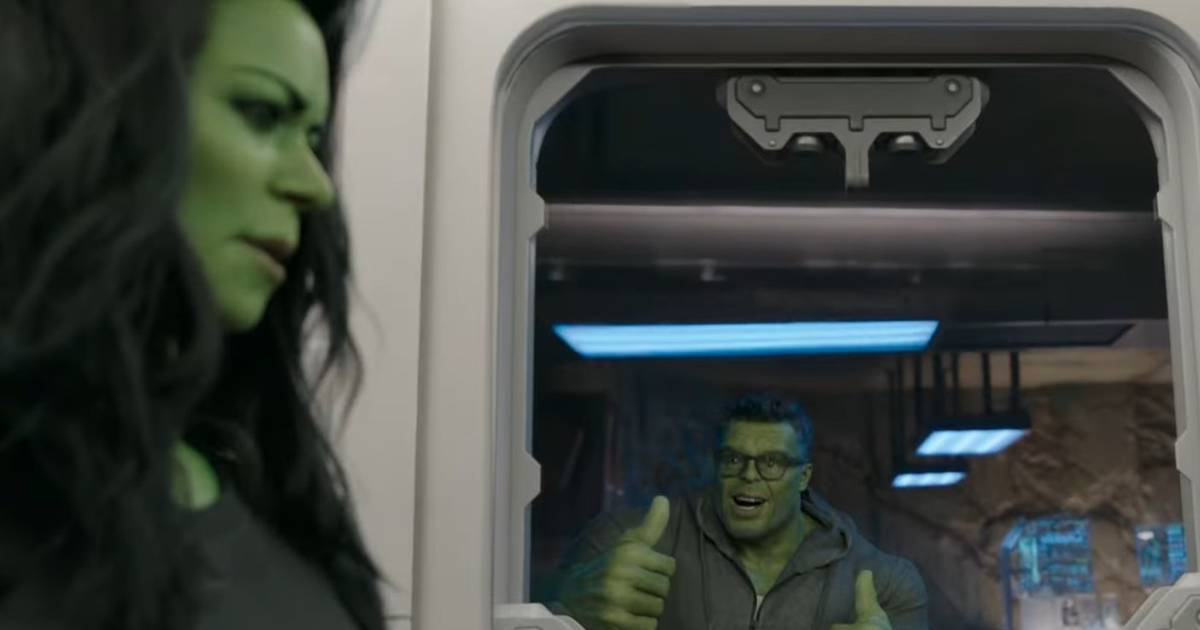 The big green fists are doubled from this week: She-Hulk premieres this Thursday on Disney Plus, with the Hulk’s cousin, Jennifer Walters, taking the lead. By the way, we remember five classic sneakers on the great green monster of Marvel made by Vans, Adidas and Nike.

She-Hulk: Defender of Heroes, opens with Tatiana Maslany as Jennifer Walters/She-Hulk and Mark Ruffalo as Bruce Banner/Hulk. All episodes will air Thursdays on DisneyPlus.

Hulk was created by Stan Lee and Jack Kirby in 1962. The story goes that Dr. Robert Bruce Banner suffered an accident when exposed to gamma rays, transforming into a gigantic and angry monster named Hulk.

In its first issue it was gray, as Lee had wanted a color that did not suggest any specific ethnic group. However, on the recommendation of colorist Stan Goldberg, since the technology of the time did not render light gray adequately, green was assumed.

Since then, The Hulk has become one of Marvel’s most recognizable characters. Next, we will see five models of shoes on the monster, made by Vans, Adidas and Nike.

This Vans model was released in 2018, and it was characterized by showing the enormous fingers of the green monster “breaking” the scheme of black and white squares. Their soles were white. A simple and visibly comfortable iteration, like the ones Vans has accustomed us to.

Read:  Fiber has killed all the ADSL exchanges that appear on this map

The most recent iteration on the character is from 2021, with a black leather Adidas Stan Smith and green details with the Hulk’s name on the side and the character’s fist above the heel. Nothing disruptive, it is more like the Smart Hulk than the incredible man who destroyed everything. On the back of each shoe, below the Adidas flame logo, it says “It’s not easy” in red and “Being green” in green.

A model made for children and young people, the Superstar is made in predominantly white with a camel hoof and green soles. On the side, a caricature of the Hulk is shown, while the inside is purple, like the shorts of the Marvel character.

The Adidas model does not have distinctive elements of the Marvel character, except for the green color and the game of reflections like gamma rays. The manufacturer’s traditional three stripes were grey, with a white forefoot and a light green sole.

Nike joined the Hulk party in 2012 with this iteration of the Air Jordan Lite, a model that plays with dark and light green in its upper part, while the antesole is purple, like the classic green monster shorts. Its laces are also green and the Jumpman, located on the side near the ankle, is in black.