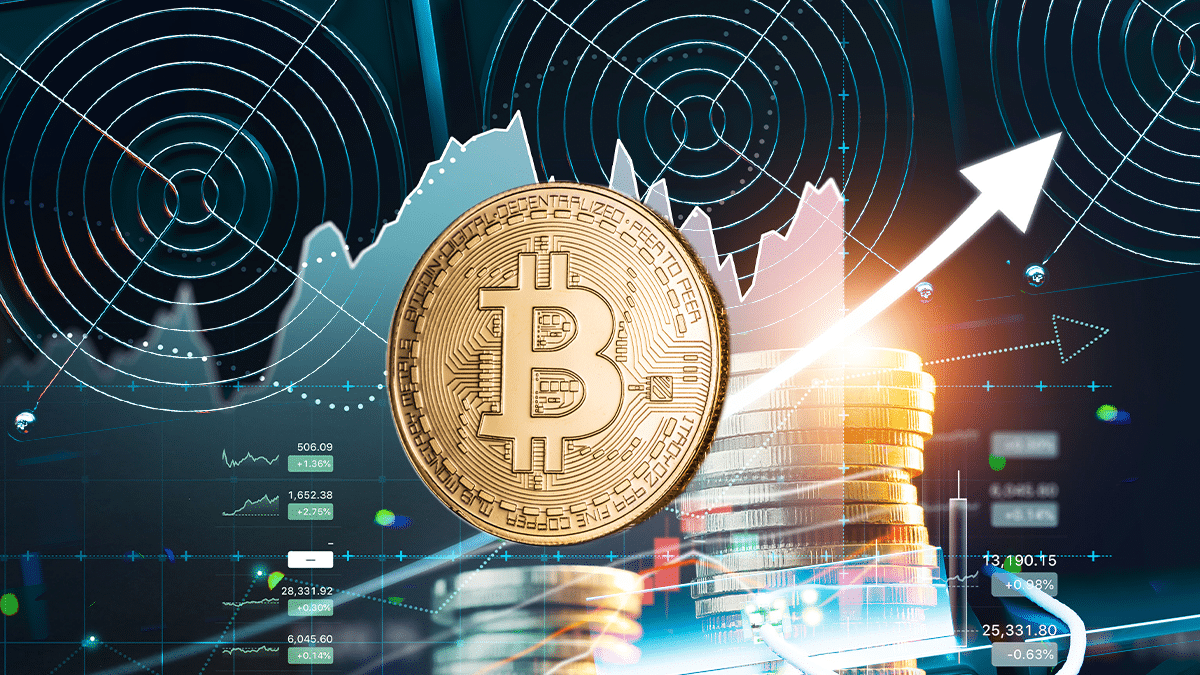 For a few weeks, Bitcoin (BTC) miners have faced low prices for their investment in the network, while the price of bitcoin continues to be in the red.

Just 16 cents on the dollar (USD) is the estimated profit for each terahash wagered (hashprice) for the resolution of transactions on the chain. This, as a consequence, has brought up an unknown: will there be disconnection of less profitable Bitcoin miners if the price of the cryptocurrency falls?

According to graphics offered by Hashrate Index, the analytical arm of the Bitcoin mining pool Luxor Mining, the hashprice is at USD 0.164, which is the lowest figure ever seen from China’s ban on the activity.

By definition, the hashprice is the Bitcoin mining indicator that allows estimating what a miner can earn for a specific amount of hashrate invested in the network. According to the firm, the hashprice varies based on each new block added to the chain, having a positive correlation with the bitcoin price and transaction fees.

The hashprice is of particular importance because, following its fall, it could be inferred that smaller miners will take their machines offline or sell them, which could impact network processing.

But there are reasons to believe that the share of miners will not follow that downward path and, rather, could grow in the months to come. In fact, the hashrate or computing power of the Bitcoin network is at new all-time highs of 225 EH/saccording to Brains.

What are those reasons? Let’s see them in detail

Since 2021, Bitcoin miner launches have been reported with notable powers and yields. These teams, when they come into operation, could ensure, at a minimum, an increase in the Bitcoin hashrate. This, in addition to profitability, as long as the currency price allows it. Therefore, this point stands as the first reason why the processing power would not see drops in the rest of this year.

As reported in CriptoNoticias, hardware manufacturing companies are developing much more powerful miners than those known. There are several examples like Bitmain, with its S19 XP (140 TH/s) and S19 XP Hyd (255 TH/s); MicroBT, with the Whatsminer M50s (126 TH/s) or intel, with the Bonanza Mine II (133TH/s).

But, beyond the power of these miners, what stands out the most is the amount of these that will enter into operations from the third quarter of this year.

As has been reported in this medium, companies like Sphere 3D agreed to buy 120 thousand Bitcoin miners. 60 thousand of them to the manufacturer NuMiner and the rest to Bitmain.

The mining company, BitNile, for its part, signed a purchase agreement with Bitmain for the acquisition of S19 XP miners, whose delivery is scheduled for the third quarter. This they did in the middle of the official announcement of the team.

In other examples, one of the United States mining companies, Riot Blockchain, announced in early April the purchase of 42,000 S19J Pro miners from Bitmain (90 TH/s) for around USD 138 million. The same was done by Argo Blockchain, Hive Blockchain, Block Inc and GRIID, who acquired the latest ASIC chip manufactured by Intel, designed for Bitcoin mining.

In the precise case of GRIID, CriptoNoticias reported the supply agreement that this company signed with Intel, for the delivery of the Bonanza Mine II miner, which would be one of the most profitable in the market.

Marathon, another American company dedicated to mining, bought in December 2021 78,000 S19 XP miners to Bitmainfor which it disbursed more than USD 870 million.

Along the same lines, Cleanspark also joined the massive purchase of miners. Its collection of just over USD 30 million was known, destined for the acquisition of 3,300 S19J Pro miners from Bitmain.

All this allows us to anticipate an interesting participation within the Bitcoin network in the medium termwhich could stop any drop or decrease in the hash rate, caused by the exit of small miners who do not see profitability in their operations.

Another factor has to do with the capacity that the new equipment would have to fill the void of miners who could hypothetically go offline if the price of bitcoin falls or the hashprice decreases. The hardware disconnection of lesser performance and power would be remedied with the previous point: high-end equipment soon to arrive.

For example: if S9 or S17 mining rigs were disconnected, the decrease would be quickly offset by the entry into operation of these large minerswhich could supply everything that the other less powerful ones can leave behind.

According to Brains, The Antminer S9 and S17 are the miners that leave the least profit when processing transactions in the Bitcoin networkeven though they are among the most popular in the industry.

The first model, which has been on the market for almost 6 years, leaves daily profits of barely $0.84a figure that leaves it in the range of the least profitable miner. The second, for its part, grants profits of $6.22 per day, a number just as sufficient to discriminate among those that grant less profitability to a conventional operator, according to the analytical firm.

If this is compared to the Antminer S19 Pro, which is a state-of-the-art miner (but less powerful than those yet to hit the net), the difference is remarkable. This team can leave daily earnings of USD 14.25which allows it to be the most profitable –until now– to mine Bitcoin.

The last factor that could prevent a drop in the Bitcoin hashrate has to do with the prices of ASICs, the specialized equipment for mining the first cryptocurrency, that have been down for several weeks.

As reported by this newspaper, miners have suffered a sustained drop since 2022 practically began, with average prices of USD 9,100 for an S19 Pro in the first days of April.

Already in May, the trend remains exactly the same and rather 14 weeks of declines have accumulated for these teams. According to Hashrate Index, an ASIC averages, at the close of this article, about USD 8,400. This in the case of an S19 Pro (although this varies depending on freight, shipping costs and other taxes).

Thus, new opportunities are opened for more people to join the operation, allowing users to acquire high-end equipment for relatively affordable priceswhich would encourage greater participation in the network, filling –again– the void left by the metaphorical departure of the miners.

However, the miners will have to calculate if the return on investment (ROI) corresponds to what they propose, something that will largely depend on the price of bitcoin.

If it goes up and bitcoin starts a new bullish rally, then the greater the opportunities to obtain a considerable profitability by mining, in addition to that it will promote the arrival of more miners who will want to participate in the operationshattering any hint of a drop caused by a decline in the price of BTC.