3 million people in Mexico have nothing to celebrate 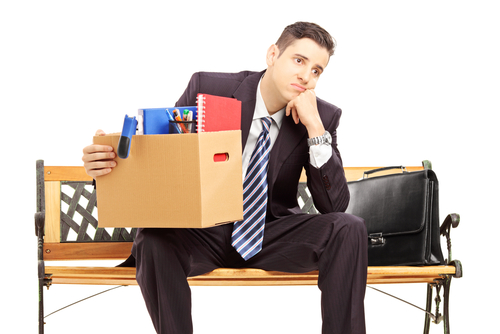 The health crisis due to the spread of coronavirus throughout the world has not ended, but it has left in its wake a Mexico in conditions of economic reconstruction, where the International Labor Day of 2022 will be celebrated with a large population in the informal sector, unemployed or with poor working conditions.

According to data from the National Institute of Statistics and Geography (inegi), by the beginning of the year the employed population reached 55.5 million people and, of these, only February 2022 registered 178 thousand 867 new formal workers before the Mexican Institute of Social Security (IMSS).

Despite this, although 136 years have passed since the martyrs of Chicago went on strike to establish a fair 8-hour day, the main consequences of a deteriorated selection system of decades and a deadly pandemic continue to show bad business practices and the job insecurity of thousands of Mexicans.

Of 167 million Mexicans, the lack of employment –or at least a well-paid one– has sent 40 million to the United States in search of a job that helps them support their families; likewise, figures of precariousness show 35 million people living in informality and 3 million more unemployed since the pandemic began until the last wave of Ómicron.

And it is that this drop in the working capital of our country is due to the visualization that the Mexicans themselves have of the territory as cheap labor, where the average wages for basic economic activities are not even similar to what is offered in North America. For example in USA the hour is paid at 15 dollars (305.19 Mexican pesos), while in Canada the hour of work is paid at 16 dollars (equivalent to 254.47 pesos). This means that a worker in those countries earns a minimum of between 120 and 128 dollars per day (more than 2,400 pesos).

Read:  Nutritionist presumes salary, is it the best paid specialty in Mexico?

In contrast, the minimum wage in Mexico increased 22 percent from 2021 to 2022 and, despite this, the labor justice of workers has not achieved the optimal scope, since the average salary per day of work went from 141.70 to 172.87 Mexican pesos (barely 8.5 US dollars).

“The whole world urgently needs to reactivate its economies and recover well-paid sources of employment; this will only be achieved with “new investments”. Here is the paradox of our times in the light of this historical celebration: in the 19th century, against the grain of the industrial revolution, there was a fight against the exploitation of man by man; now, we fight for investments to assert the right to be exploited, since with them new jobs are created, everything except being unemployedwithout income, excluded,” declared Cuauhtémoc Rivera, president of the National Alliance of Small Businesses (ANPEC).

According to the expert, there is still a long way to go to work on better incomes that help families live and sustain, at least, the products of the basic basket, since little can be done with less than 200 pesos a day. With agreements and political initiatives, they could seek to recover the jobs lost due to the closure of activities and commercial activities due to Covid-19.

This, in order to avoid debate and move to the facts on an International Labor Day where employers do not issue labor exploitation practices or are the excluded people within the industry, lifting more than 60 million Mexicans out of poverty. that require employment and avoid the certainty generated by economic volatility.