Bullfrag
Home News 29-25. The “Warriors” fall to Hungary and will play the pass... 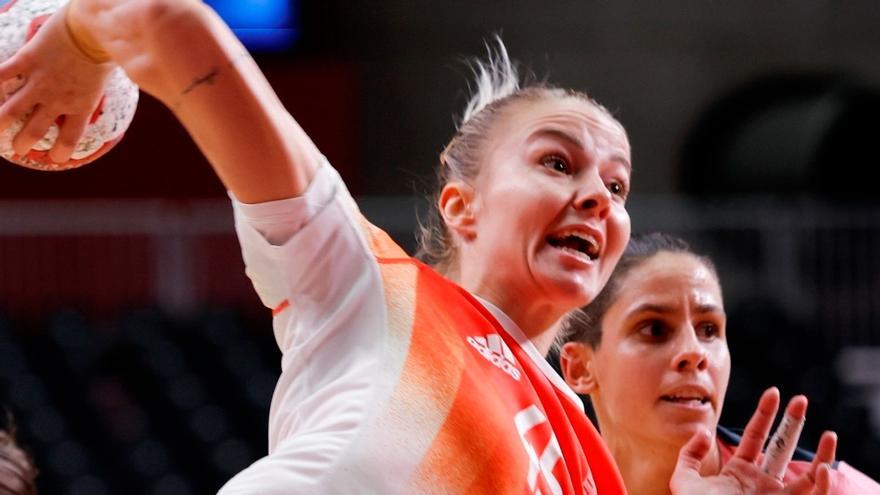 The Spanish women’s handball team lost the opportunity to seal their ticket for the quarterfinals of the Tokyo Games and qualification will be played against Russia on the last day, after falling 29-25 this Saturday against Hungary

The defeat punished the lack of success in the launch of the Spanish team, which from the beginning of the game suffered the unspeakable to solve its attacks.

It is not that Spain did not manage to circulate the ball fluently, in fact, those of Carlos Viver They gave the ball an advantage to their pivots and wingers, but the lack of aim condemned them.

Sometimes due to mistakes due to own mistakes and others due to the good work of the goalkeeper Blanka biro, which stopped three of the first four shots of the Spanish team, the truth is that Spain, after the first six minutes of play, only counted one goal on the scoreboard.

This was not wasted by Hungary, which, unlike the “Guerreras”, converted practically every one of their pitches, to acquire a more than disturbing income of four goals (5-1) that forced the Spanish coach to urgently request a time-out. .

The break was of little use to the “Warriors”, who not only continued to increase the statistics of the goalkeeper Biro, but they began to chain losses of the ball that increased the disadvantage even more (7-2).

But if the Spanish team did not work in attack, the defense showed a good tone, despite the difficulties to contain the penetrations of the left back Petra Vamos, which kept hopes alive.

These reaction possibilities increased exponentially thanks to the stoppages of Silvia Navarro, which sustained the Spanish team for many minutes with their speeches.

Clinging to the stops of the Valencian, the Spanish defense began to create more and more difficulties for a Magyar team that was no longer as effective as at the beginning.

But the Spanish team had found the way: defense, defense and more defense. And to this it was applied in the initial minutes of the second half, which allowed those of Carlos Viver to be just one goal (15-14) on the scoreboard.

However, each time Spain seemed in a position to finally equalize the score, the inopportune failure or the loss of the ball arrived.

These errors turned the ups and downs of the Spanish team on the scoreboard into a rubber that seemed to break definitively with the seven goals behind (23-16) with which it had eleven minutes after the restart.

But when all seemed lost, the irreducible character of the Spanish team emerged, that warrior gene that allowed Spain to reengage in the game thanks to its defense and the stops of Merche Castellanos, who replaced Navarro in the second half.

The reaction made it possible for the Charles Viver They were just one goal away 24-23 with less than nine minutes to go.

However, it was not the day of Spain. As happened at the beginning of the game, he crashed again with the goalkeeper Blanka biro, which with three practically consecutive stops definitely condemned the team to defeat (29-25). Viver.

Referees: Fonseca and Santos (POR). They excluded Vamos, Szollosi-Zacsik, Tomori and Kiss (2) for Hungary for two minutes; and Ainhoa ​​Hernández and Lara González for Spain.

Incidents: Match corresponding to the fourth day of group B of the women’s handball tournament of the Tokyo 2020 Olympic Games played at the Yoyogi national stadium. No spectators.

Tense climate in Barcelona: Koeman made a drastic decision in the middle of a press conference to make a request to the club’s fans

Why is investment important?

The Mayan pyramid that ’emerged’ from the ashes of a volcano