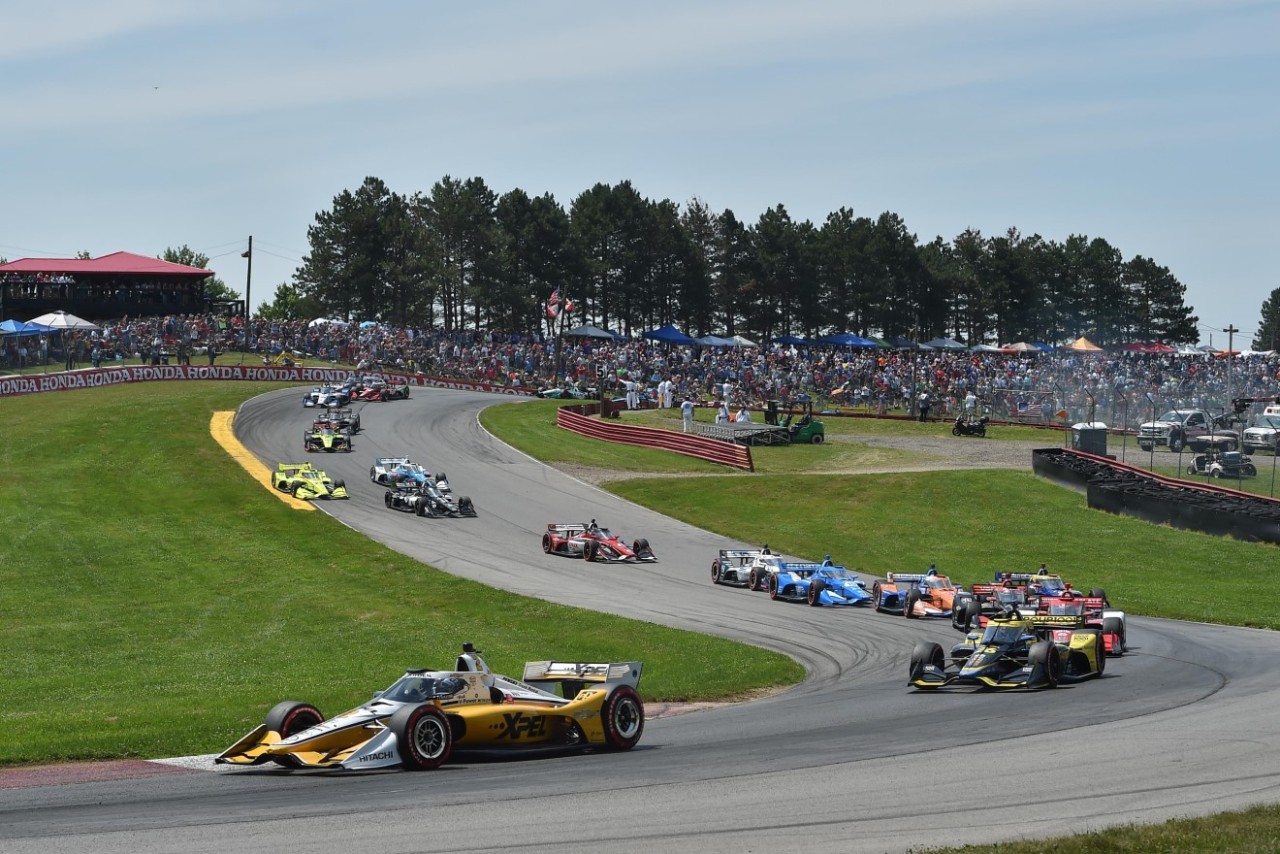 In a season that includes exactly 17 races, the ninth includes the absolute equator of the contest. Once finished, there will be the same races ahead as those that had been completed previously. That is why the 200 miles from Mid-Ohio represent a turning point in IndyCar fundamental in the development of the season for several riders, especially after a three-week break that has allowed everyone to recharge their batteries before facing two absolutely frenetic months with almost no rest.

In a compact distance of just 3,634 meters Required to be traversed 80 times in the race, the Mid-Ohio Sports Car Course is made up of 13 technical curves, perhaps more suited to endurance than single-seaters, and with only one clear overtaking point in his back straight. The peculiarity of this track is that it is there, between turns 2 and 4, where the race begins, rather than on the short main straight. The rest of the layout is a continuous succession of medium-speed corners in which maintaining inertia is essential in order not to lose positions.

The circuit, located on the outskirts of the town of Lexington, celebrates six decades this year since its creation in 1962 by some businessmen who were looking for a nearby destination for IMSA and Can-Am sportscar races. Formula 5000 was the first single-seater division in competing here with various editions since 1970, and the current IndyCar hosted its first event in 1980 thanks to a short-lived agreement signed with a USAC in low hours, taking a place on the eventual combined schedule with CART. After being acquired by Jim Trueman, the owner of the successful Truesports team that made Bobby Rahal famous, Mid-Ohio returned in 1983 and began a long period of stability in the category that lasted exactly 20 years.

The huge turnouts and technical challenge of Mid-Ohio ultimately did not hold up to the decline of American single-seaters during the Split, which exacerbated the issue of proximity to the popular Cleveland Grand Prix, nor the increased speed of cars in CART/ Champ Car. After a three-year absence, IndyCar sent out a powerful message of its transition from ovals to road courses by integrating Mid-Ohio in 2007. Since then, the track has remained uninterruptedhosting a double event in 2020 due to the pandemic, and It has recovered much of its past lustre.

Back then, the only driver to have had three wins at Mid-Ohio was the Brazilian Emerson Fittipaldi (1988, 1992 and 1993), but a quiet and calculating driver from New Zealand would end up eclipsing that number. Scott Dixon scored his first victory at this track in 2007, and would go on to accompany it with another five wins. in 2009, 2011, 2012, 2014 and 2019, cementing unprecedented dominance on a permanent IndyCar track. Although his last eight victories have only resulted in one win, this is one of Dixon’s best chances to break a rare win drought that has now stretched 21 races.

Read:  The FIA ​​backs down: there will be no minimum reaction time at pit stops

In last year’s edition, Josef Newgarden joined the long list of seven drivers who have won twice at this event, tying with Hélio Castroneves among active competitors. In total, eight drivers on the current grid have claimed at least one win at Mid-Ohio, including past wins by Will Power, Graham Rahal, Simon Pagenaud, Alexander Rossi and Colton Herta. None of them has the honor of leading the general that has Marcus Ericsonwho finished second last year after Newgarden, as happened last year in this same event, to which he arrives at the best moment of his career.

The 2021 podium was completed by Alex Palouwho had already been fast on this track in his debut in 2020. Good precedents to try to alleviate the tough run of results from the last four races which has relegated him to fourth position overall, especially after the recent Iowa test in which the Ganassi team was very uncompetitive. His other main rival who knows no victory in Mid-Ohio is Duck O’Wardwhose successful Indy Lights experience at this track has yet to carry over to the big cars, and who is only two points behind the Spaniard.

The same 27 cars that competed at Road America three weeks ago will be part of the event, including the two female cars. Simona de Silvestro will contest the second of his three scheduled races this year with Paretta Autosport, and Tatiana Calderón will continue in Foyt’s third car despite the financial uncertainty of her sponsor that jeopardizes his future beyond this event. With this, Mid-Ohio equals the most numerous grids since 1998 (there were already 27 drivers in 2010 and 2011), at the limit of the track’s capacity.

FREE ISSUANCE AND CLASSIFICATION IN staylive.io/indycar
BROADCASTING OF THE RACE ON Movistar+ Deportes (Spain)