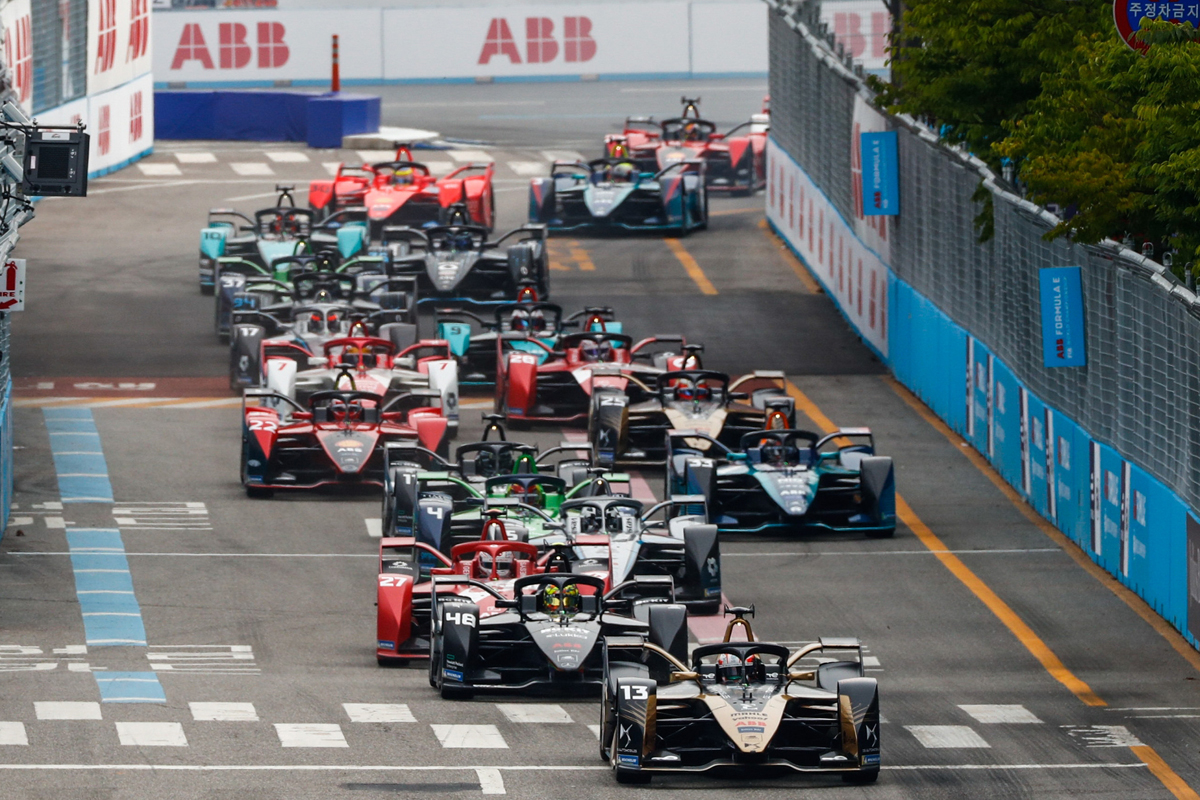 The 2021-22 season of Formula E has closed its doors with the double ePrix of Seoul, an event in which Mitch Evans and Edo Mortara shared the victories, but in which Stoffel Vandoorne was crowned as Formula E World Champion category. Although the Belgian driver’s winning the title was the expected result, the two races held in the South Korean capital have offered great alternatives, among other things because the first race was run on wet roads and the second on dry asphalt.

The torrential rains that devastated the city of Seoul during the week did not affect the ePrix, although it is true that the liquid element was still part of the development of the first round of the event on Saturday. If in qualifying it forced the drivers to be very fine, in the race it was the cause of a massive accident in which up to eight cars went against the barriers. The combination of rain, low aerodynamic load and the painting of the zebra crossings was not the best for those involved.

On a sporting level, the first race of the weekend ended with victory for Mitch Evans ahead of Oliver Rowland and Lucas Di Grassi. A result that extended the resolution of the Formula E title until Sunday. The leader Stoffel Vandoorne was fourth, a result that without yet serving him to be champion, left him in a really positive position for the last day of competition of the 2021-22 season and of the ‘Gen2’ era of Formula E.

As if the situation was not clear enough for Stoffel Vandoorne after Saturday’s delicate race, the Mercedes EQ driver achieved a very positive starting position for Sunday’s heat, as opposed to a Mitch Evans who had to start in late positions . The race, already on dry asphalt, had less crumb than the one held the day before and Edo Mortara’s victory over Stoffel Vandoorne only served to confirm the title of the Mercedes driver.

Read:  The new Peugeot e-Partner already has a price and begins its commercialization in Spain

British Jake Dennis completed the podium of this second race in a brilliant end to the season in which he has achieved a victory, three podiums and a fourth place in the last four races of the ‘Gen2’ era. For his part, Mitch Evans could only climb back to seventh place. Neither the victory of Edo Mortara nor the comeback of Mitch Evans served to avoid the Mercedes EQ team title. Relive the highlights of the Seoul ePrix weekend to bid farewell to the ‘Gen2’ era of Formula E.