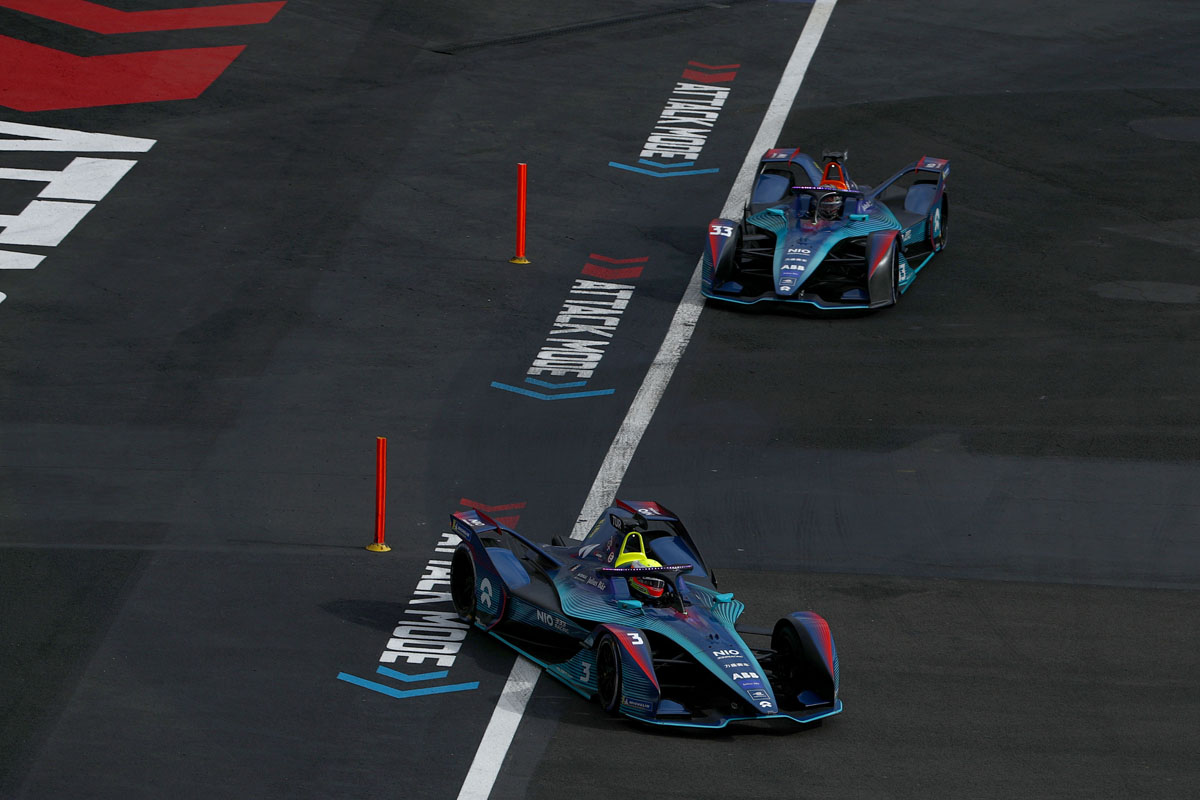 Porsche Motorsport has made a firm commitment to Formula E, to the point of maintaining its official project in the electric series while the rest of the German manufacturers decided to leave the championship. Audi and BMW are no longer and Mercedes lives its last season in the series. Meanwhile, Porsche has committed to the ‘Gen3’ era of the series as it works to hit the table and begin to reap their first successes in the series. With the Mexico City ePrix as a reference, it seems that the brand from Stuttgart is on the right track.

It seemed an anomaly that Porsche had not achieved a victory in Formula E, not least because the Porsche 99X Electric has been competitive since its debut. However, all the ghosts that seemed to haunt the German firm’s project have completely disappeared at the Autodromo Hermanos Rodríguez in Mexico. At the end, Pascal Wehrlein has achieved his first victory in Formula E, success that has come from the hand of a brilliant pole. For his part, André Lotterer has put the icing on the cake by finishing second and closing the double for the brand.

However, beyond this pole, Wehrlein’s victory or the double, the most important thing for Porsche are the sensations that it has transmitted in Mexico. In the end, the two drivers from the German firm put their feet up in the early part of the race to save energy and at just the right moment launched a well-aimed attack on their rivals. Not happy with that from the wall of Porsche Wehrlein and Lotterer were urged to push in the last laps to win with the initial strategy of 40 laps and not the 39 that the race could have had.

Read:  The Peugeot 408 debuts, deep review of the saloon for China

In fact, Wehrlein crossed the finish line on the penultimate lap just two seconds from completing the race time, forcing the entire peloton to take an extra lap that many drivers and teams did not count on. As a result of this situation, Porsche achieved what he wanted, shake the hornet’s nest and see how some of your rivals ran out of energy. In two agonizing laps, Jean-Eric Vergne secured the podium in the DS E-Tense FE21 ahead of his teammate António Félix Da Costa.

Behind the two DS Techeetah drivers finished Edo Mortara, a result that served the Swiss rider to retain the lead, since Nyck de Vries managed to come back to sixth place in the last few laps, taking advantage of the energy problems between several of the riders ahead of him. Beyond this situation generated by Porschethe Mexico City ePrix has left a great show by the different strategies of the candidates for victory. For that reason, We invite you to live the highlights of the third race of the ‘Season Eight’.