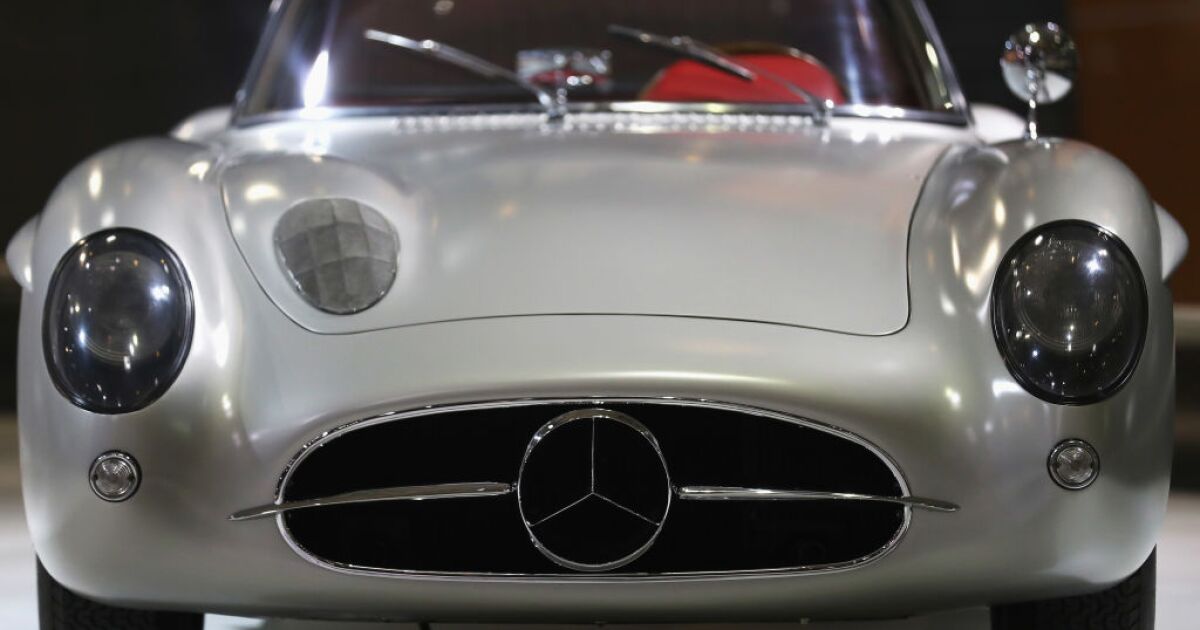 Acquired for a sum equivalent to 2 thousand 837 million pesos, the operation represents almost triple the previous record, achieved in 2018 by a Ferrari 250 GTO 1962 model sold by the same auction house for more than 48 million dollars.

In addition, the Mercedes “300 SLR ranks among the ten most expensive objects ever sold at auction,” celebrated RM Sotheby’s in a statement published on Thursday.

“Absolute excitement to sell this masterpiece of design and engineering, which now ranks among the greatest works of art ever sold,” Oliver Barker, president of Sotheby’s Europe, said in an official statement from the auction house. .

Leonardo da Vinci’s “Salvator Mundi” painting, awarded in November 2017 for $450.3 million by Christie’s in New York, is the most expensive work ever sold, reports AFP.

Followed by “Shot Sage Blue Marilyn”, Andy Warhol’s portrait of actress Marilyn Monroe, which was sold this month for the not inconsiderable sum of 195 million dollars also by Christie’s, this piece became the work of art of the century. Most expensive XX sold at public auctions.

Described by RM Sotheby’s as the “most beautiful car in the world”, the vehicle that was owned by Mercedes-Benz was sold to a private collector.

This sum of money from its sale “will serve to launch a ‘Mercedes-Benz fund’ for training and research scholarships for young people in the field of environmental sciences and decarbonization,” says the RM Sotheby’s statement.

The buyer of the vehicle agreed to display his car in public on rare occasions. The other copy will remain the property of Mercedes-Benz, which will keep it among its exhibits in the Stuttgart museum.

For RM Sotheby’s and the specialized press, the Mercedes Coupe 300 SRL, recognizable by its aesthetic silhouette and its butterfly wings, was conceived by the engineer Rudolf Uhlenhaut, inspired by the W196 R Grand Prix, with which the Italian Juan Manuel Fangio won the Formula 1 championships in 1954 and 1955.

The history of the 300 SRL model was marred by a terrible accident in June 1955 at the 24 hours of Le Mans, which killed its driver Pierre Levegh and 83 spectators.

learn to know each other

facing Golovkin is a risk he will take

The delay in the delivery of cargo vehicles impacts consumer companies

Dr. Strange 2 would have had a darker alternate ending

One Piece publishes official list of final arcs and sagas