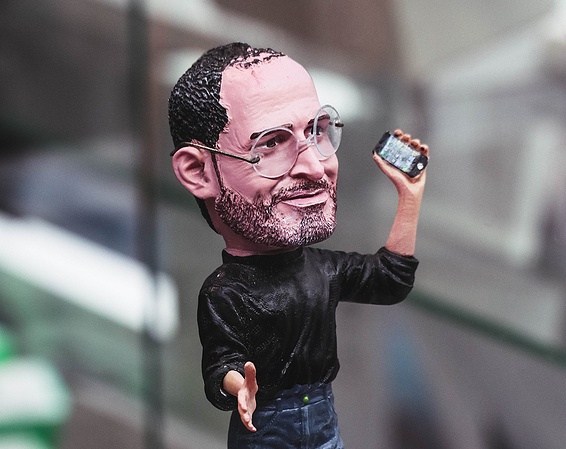 15 years have passed since the beginning of the sale of the product that, for many, shaped modern technological history: the iPhone.

On June 29, 2007, Apple put its first phone on the shelves, the one that It was going to revolutionize the technology industry.

The “iPhone brand”, 15 years later, is still valid and leads almost all aspects of the market in which it participates: the rankings on brand loyalty, those that investigate features, sales volumes, popularity and image surveys. All.

Smartphones already existed when the iPhone arrived. The most popular were the BlackBerry Curve and the Samsung BlackJack, but they had plastic keyboards and were mainly used for sending emails.

The iPhone, which combined glass and metal and touch capabilities, was very different.

Now, a decade and a half later, the products that made Apple the giant it is today are still around.

An investigation published at the end of last year by Counterpoint Research says that the five best-selling cell phones in the world during 2021 are from Apple. And that the phones that have Android as OS, barely placed three models in the top-10.

In global figures by brand, it leads Samsung and Android because it has a much greater diversity of products.

The products were based on a copy of traditional phones, with physical keyboards and some extra features, such as music players and very limited cameras.

They were used for two things: making calls and sending SMS.

With the idea of ​​changing this, the so-called “Purple” project was born at Apple, with a budget of US$160 million, few employees and many secrets. All under the command of Jobs.

In the first week of January 2007, the then CEO of Apple introduced the iPhone in San Francisco saying, “We’ve been waiting for this moment for over two years. Today, Apple is going to reinvent the phone.” And he complied.

He said that the iPhone was a combination of three devices: “I present to you an iPod with a touch screen, a revolutionary phone connected to the Internet.” And he added: “This product is literally 5 years ahead of any other mobile device.”

He was right, it took years for the other brands to come up with products that came close.

A year later, 3G connectivity and access to the App Store were added, which made it possible to install new applications.

The official market launch occurred six months later, on a hot June 29, 2007 in the United States.

Tens of thousands of brand fans waited in stores for days to be the first to buy: 6 million devices were sold in the first year.

The two iPhone8 models are going to be replaced this year

Fans are not happy with Disney’s price increase