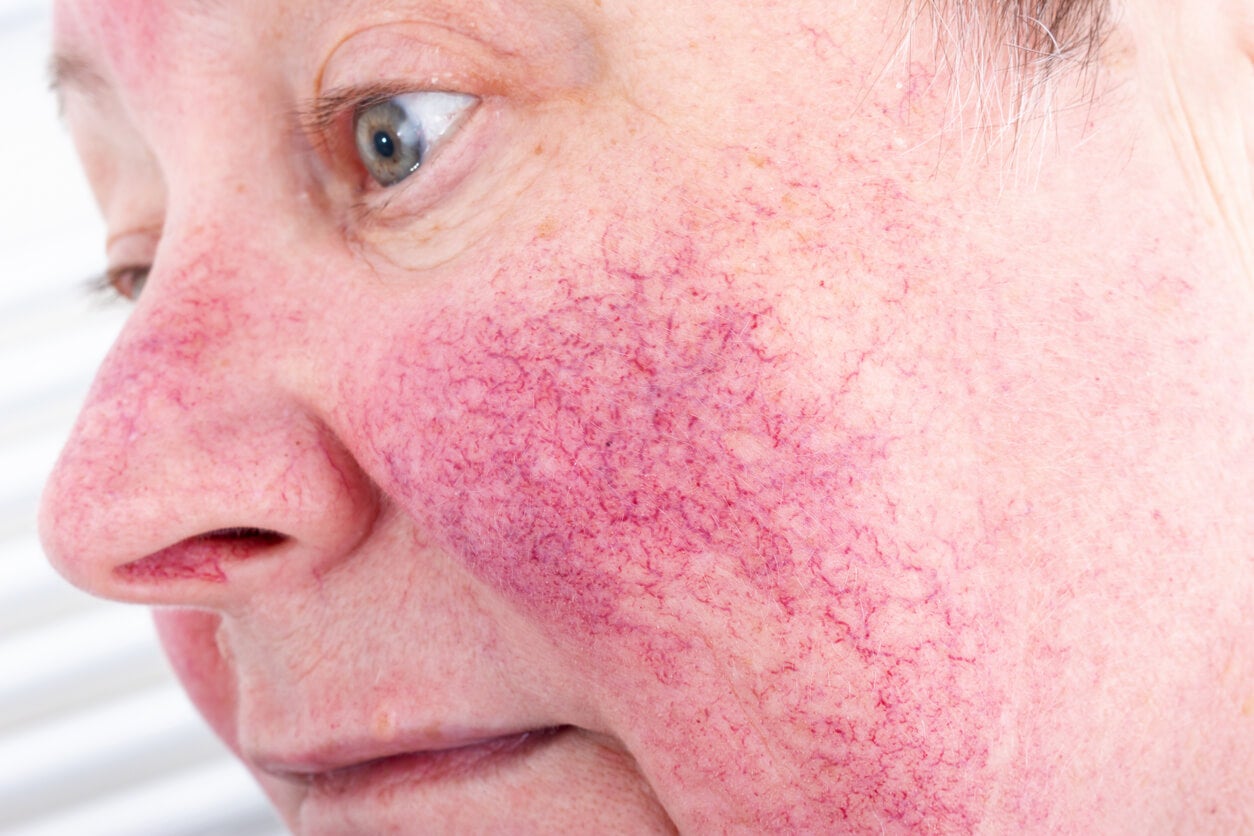 Not all common skin conditions are serious. However, it is important to identify what its symptoms, causes and treatments are.

Among the most common skin diseases are psoriasis, acne, herpes and vitiligo, among others. Some do not generate greater discomfort. Others, however, can affect a person’s quality of life.

In relation to treatment, it is usually topical. Although it varies according to the type and cause. In this regard, creams or ointments can be used. They also apply some home remedies and home care.

What are skin diseases?

To begin with, it is important to note that common skin conditions differ from symptoms and skin lesions. The first constitute a set of affections of very diverse origin: bacterial or viral infections, or by fungi, parasites, even hereditary factors.

On the other hand, there are pathologies such as systemic lupus erythematosus, which can affect various organs (kidneys, brain), as well as joints. The same applies to allergic reactions, which may be due to the consumption of a medication, an insect bite or even a spider bite.

Next, we are going to know the most common skin diseases, along with their symptoms, causes and factors that contribute to their appearance or aggravation.

The vitiligo is caused by the loss of cells (melanocytes), which are the ones that produce the skin pigment (melanin). Although it can affect anyone, it is more noticeable in those with dark skin. The cause is unknown. It is thought that there may be a combination of genetic and environmental factors.

It is not contagious or serious. However, those who suffer from it may feel emotionally affected.

On the other hand, in some studies warns of possible increased risk of non-melanoma skin cancer (NMSC) in patients with vitiligo. With greater predominance among Caucasians.

Acne is one of the most common skin diseases. It is common among people between 14 and 18 years old.. It is characterized by the presence of inflamed follicles, clogged with sebum, dead cells and bacteria.

Pimples appear on the face, neck, shoulders, back, and even arms. There are various genetic, environmental and personal factors that determine its severity. And while it usually subsides over time, acne also appears in adults.

This sickness is due to an infection caused by the herpes simplex virus or HSV. There are several types:

In both cases, lesions are characterized by a red blister that burns or hurts. It then suppurates a yellow liquidbefore forming a crust. It can reappear in response to stressful situations.

This form is caused by reactivation of the varicella zoster virus.. The most common symptoms of Herpes zoster They are often similar to other herpes, with burning, tenderness, fluid-filled blisters, and crusting.

Chickenpox is caused by the aforementioned virus. But nevertheless, presents with fever, malaise, sore throat and the rash is more generalized. It is very contagious.

One of the most common skin diseases is impetigo. It is common in children.

It has an infectious origin and is caused by staphylococci. (S. aureus or pyogenes). There are two types: bullous and non-bullous.

In impetigo there is an irritating rash around the mouth, chin and nose, but also in other areas, such as the chest, back and armpits. The blisters fill with fluid and burst, forming scabs.

This dermatitis is of allergic origin. It occurs when the person comes into contact with a substance (allergen) that triggers a reaction. It causes itching, redness, dryness, and flaking.

Read:  How to find a person on Facebook with a photo - Easy and fast

Another common skin disease is atopic dermatitis. This type of eczema recurs in people with already sensitized skin or in those with a family or personal history of allergies, including food intolerance. Causes skin redness, itching and it tends to be exacerbated in certain circumstances or by certain agents.

Psoriasis is due to an accumulation of dead skin cells, as their life cycle is accelerated. The most common symptom is peeling., which appear as white or silvery patches on the scalp, elbows, knees, and other parts of the body. This may present with itching.

Of the various common skin diseases, athlete’s foot is characterized by beginning and developing in a particular area: the space between the toes. It is caused by fungi known as dermatophytes, which are the same ones that cause ringworm.

Its symptoms are as follows:

It is highly contagious by having direct contact with the infected person or using any personal object, such as towels, shoes or flip flops. Likewise, wearing wet or tight socks or shoes, and walking barefoot in public places, favors its appearance.

The bacterial skin infection known as cellulitis It is a different condition from the alteration of the adipose tissue of the same name, which only affects from the aesthetic point of view. On the contrary, this cellulite is a matter of care, which requires immediate medical attention.

It is caused by bacteria or fungi that infect the skin, entering through open wounds. It usually manifests with rashes, redness of the skin, swelling, tenderness, pain, a feeling of warmth, and fever.

The actinic keratosis It is one of the most frequent causes of consultation in dermatology, which gives us to understand that it is among the common skin diseases. It is characterized by being a rough and scaly patch-like patch thick.

It can measure about 2 centimeters or less. It appears mainly in frequently sun-exposed areas of the body. They are considered precancerous lesions.

These cysts are small keratin-filled lumps that grow under the skin. Sometimes they have the appearance of a boil, although without pus.

They can appear on the scalp, face, and neck. The larger ones are sensitive and hurt when pressed. They are not precancerous.

Scabies or scabies is another common skin disease. It is caused by mites called Sarcoptes scabiei. It is very itchy. It is contagious, although its appearance is conditioned by poor hygiene.

Skin cancer is due to the growth of abnormal cells, mainly caused by ultraviolet radiation. Therefore, it is usually more frequent in areas exposed to the sun (face, arms).

Among the first visible symptoms are usually the following:

In its appearance and development environmental and genetic factors interact. Having a family history increases the risk of suffering from it. The most dangerous is melanoma.

The treatment to follow in these common skin diseases depends on the type, cause, and even severity Of the same. Options include the following:

In addition to the treatments recommended by the doctor, some home remedies can help with symptom management. As long as this is done under medical supervision and that they are not applied to replace conventional prescribed medication.

Such care includes baths with chamomile, oatmeal or other natural products; the use of aloe vera topically; apply local ice to reduce burning or inflammation.

Yes OK not all common skin conditions can be prevented, it is possible to avoid the appearance of some by taking certain measures, such as proper hygiene, not having contact with substances that can irritate us and avoiding excessive exposure to the sun.

Who is Jean Kristin’s love interest in Shingeki no Kyojin