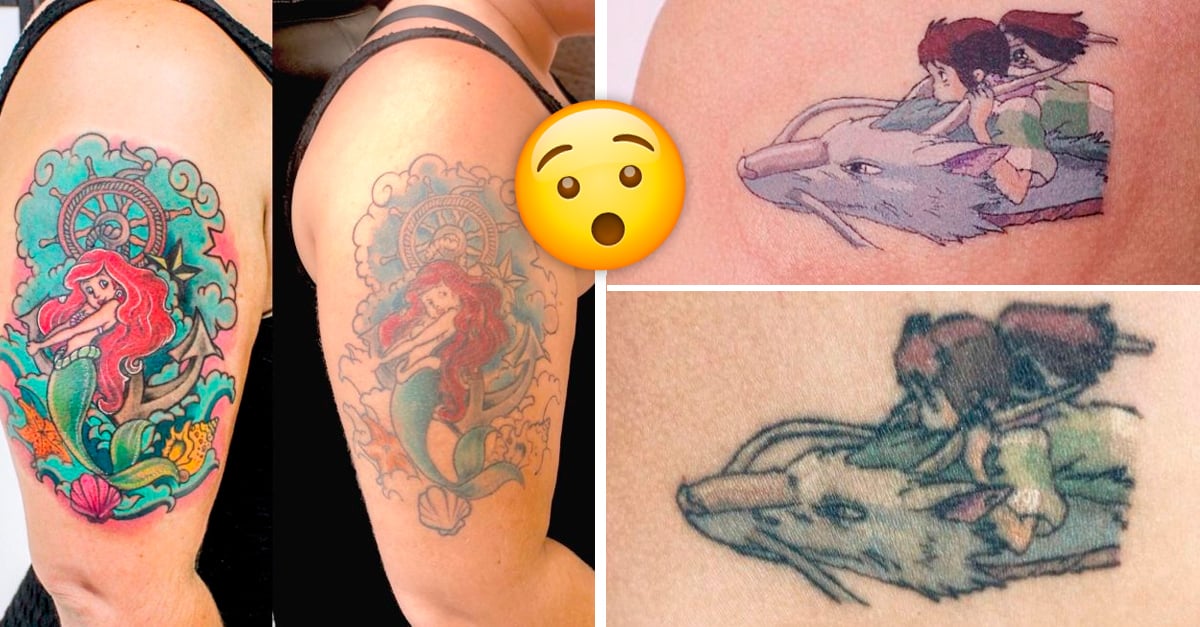 Tattoos tend to look colorful and well-defined at first, but over time, the tones become more subdued, the lines thicken, and there are details that disappear (no matter how permanent the ink is).

To verify this, various users on Reddit shared how their tattoos looked after being done and what they currently look like. The difference between some designs is so incredible that you will not believe that it is the same. However, it will help you make a better decision when you want to tattoo your skin.

1. Some details have been thickened

My newly made armored Titan and two years later.

Freshly made and seven years later.

3. It’s a pity that everything has changed

Unfortunately the tattoo artist does not share any healed tattoos after a year, I feel like a lot of people don’t know what to expect from fine line tattoos.

After four years of my tattoo healed.

5. Its tones are more subdued

6. It doesn’t seem like such a good idea anymore

This is my palm tree tattoo when fresh and the palm of my hand after two years.

7. Your lines thickened a bit

After two and a half years. He’s a little faded, but I still love him.

8. Keep reflecting the beauty of nature

9. That parrot lost the rainbow of its plumage

10. The moon is no longer seen

Three years apart. My fresh tattoo done in August 2018, the second image is from September 2021.

13. Has anyone seen the bunny?

14. Maybe everything will be fixed with a touch-up

Two years and a month!