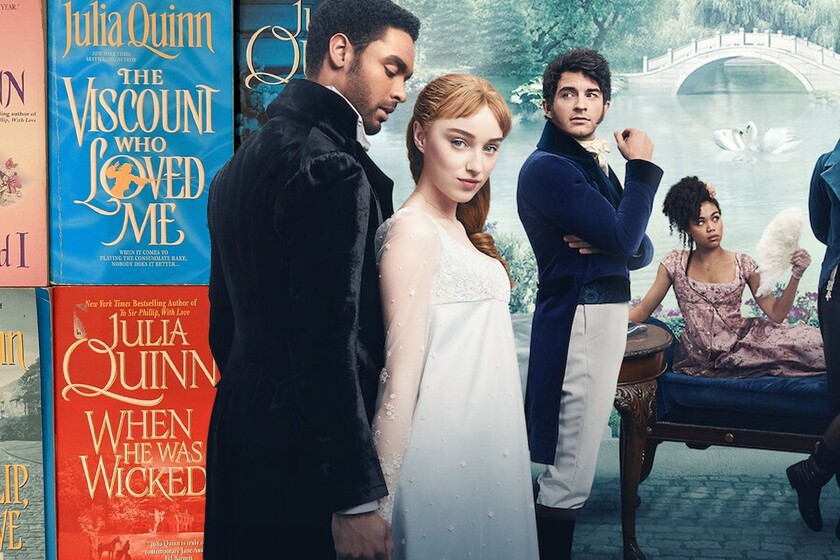 In Netflix They are delighted with the reception that ‘The Bridgertons’ has had, since the first series of Shondaland has swept the platform and it is a matter of time before we see more seasons. While we wait for the premiere of season 2, you may be interested to know what they have been the 13 biggest changes What has he done about the first novel in the literary franchise of Julia Quinn which adapts

Beware, from here on there are SPOILERS for ‘The Bridgertons’!


The original novels do not allude to the presence of characters of color, something for which the series strongly bets, being applauded even by Quinn herself.

Golda Rosheuvel plays the queen in the series, a character who, among other things, instructs Eloise to find out who Lady Whistledown is. Well, in the novel there is no trace of him.

One of the keys to this first season was the resistance of the Duke of Hastings (Rege-Jean Page) to have children, something that was illustrated by the moment in which he promised his father on his deathbed that the family lineage would end there. In the books, the relationship between the two is not exactly good either, but that moment, essential to give a little more depth to the character’s decision, is conspicuous by its absence.

You have to wait until the fourth book for there to be any mention of Eloise’s research on Lady Whistledown (claudia jessie), with help from Penelope in the novels and ordered by the queen here.

Anthony knows about the agreement between Daphne and Simon

In the series, Anthony (Jonathan Bailey) is unaware that his sister and her friend have reached an arrangement to fake a courtship —which is agreed somewhat later in the novel than in the series, since the way Simon and Daphne meet is also different—, but in the books are aware of it, imposing a series of rules to accept the situation. When Simon breaks one of them, that also leads to a duel challenge, just like in the series.

Read:  The Batman confirms some SPOILERS

There is no prince of Prussia

freddie stroma gives life in the Netflix series to a handsome prince of Prussia who falls in love with Daphne and she is not so far from ending up marrying him. This character does not exist in the books.

How Daphne finds out how to get pregnant

In the Netflix series, Daphne (Phoebe Dynevor) smells that something strange is happening when her husband cleans himself after having sex, so she turns to a maid to explain it to her. In the book, she is the one who connects the dots thanks to a conversation about the need for a strong seed to have babies…

He is barely mentioned in the novels because he is already dead, while in the Netflix series the character embodied by ben miller It has quite a lot of weight, especially everything related to his gambling debts.

That storyline doesn’t exist in the books, so those moments of the Duke of Hastings looking muscles they are an addition to the series, as is everything related to Will and his wife.

One of the most controversial moments of the literary original is when Daphne takes advantage of the fact that the duke is drunk and asleep to have sex with him and thus see if she gets pregnant (something that could be understood as rape). In the series the scene is nuanced and sex is consensual, although the controversy has not disappeared.

It is not until the fourth novel that Lady Whistledown is discovered to be Penelope (Nicholas Coughlan). In the series they have not wanted to wait so long to reveal it.

Anthony’s girlfriend does not appear

The use of marine

The character played by ruby barker It has a great weight in this first season, especially because of the commotion surrounding her pregnancy, but in the literary saga it only appears briefly in the fifth book to mention her tragic death. In fact, she isn’t related to the Featheringtons in the books either.