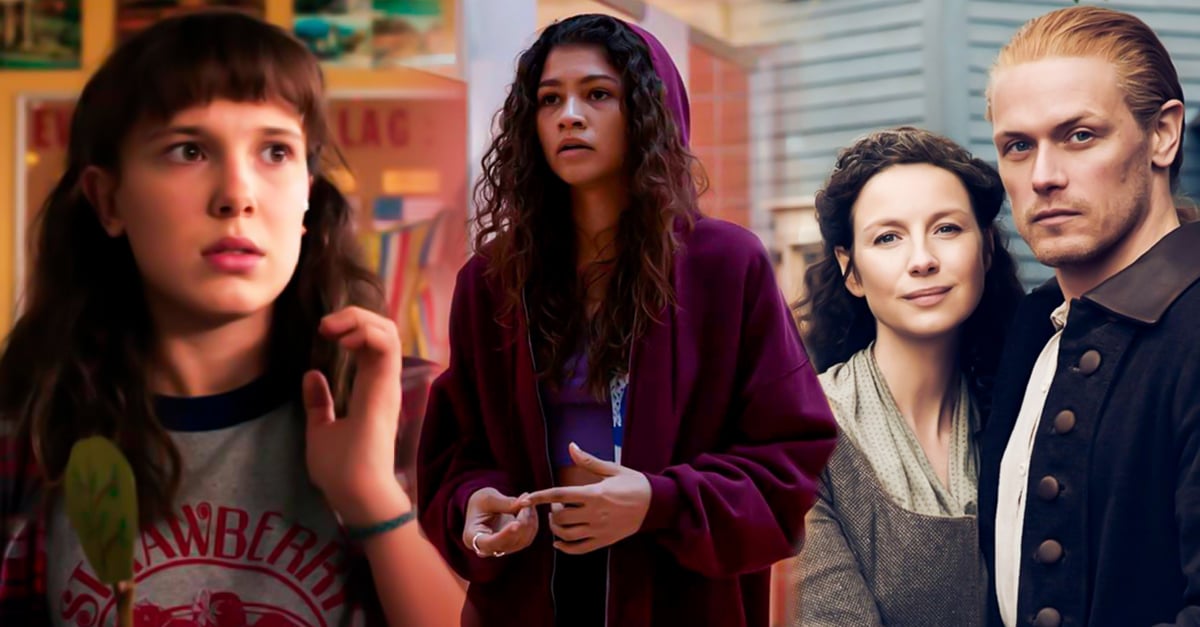 Well they say that the New Year is a new opportunity, whether to make plans, propose resolutions or imagine everything that the 12 months ahead of us have in store.

In addition to thinking about everything we want to improve and live in 2022, we have to admit that the series that come next year excite us a lot, since many of our shows Favorites return with new and intriguing seasons and, of course, there are also completely new proposals that look super interesting and that, we are sure, you do not want to miss.

Without a doubt, this is one of the most anticipated series of 2022. The last time we saw Eleven and her friends was in 2019 and we are already urging new episodes. However, the wait is almost over! Although there is still no exact date, it is known that the fourth season will arrive on the platform of streaming in the summer of 2022.

Another series that you are surely dying to see. The remake of this youth telenovela that premiered in Mexico in 2004, although we must not forget that it was an adaptation of the Argentine youth telenovela, Rebel way, and that captivated many young people at the time, will be coming to Netflix very soon. Its official release date is January 5.

The epic love story between Jamie and Claire continues! The sixth season of Outlander It will premiere on March 6 in the United States. It will be available from that date on the Starz channel, which has its own service of streaming called Starz Play.

The second season of EuphoriaDrama series for which Zendaya won an Emmy Award in 2020 will premiere on HBO on January 10.

The new proposal from the creators of Downtown Abbey focuses, as its name implies, on the American Golden Age, a period of significant economic and social change, and follows the story of a young woman who must choose between following the old ways or forging her own path. The series premieres on January 25 on HBO Max.

Bridgerton It was one of the most successful series of late 2020, so there was never a doubt that there would be a second season. This installment will continue to be based on Julia Quinn’s books, but this time on The viscount who loved me. There is still no specific date for its premiere, but we can assure you that it will be during next year.

There is no doubt that The Crown It is one of the most successful and acclaimed series of all time and each year sweeps the award ceremonies for the best of television. The story of Queen Elizabeth II continues, but this time played by Imelda Staunton. There is no release date yet, it is only known that it will be sometime in November 2022.

At the end of August, the cast of The Umbrella Academy announced that they had already concluded the filming of the third season of this series based on the comics of the same name. However, there is no specific release date yet.

The thriller Japanese favorite of many will have a second season. Filming wraps up later this year – it’s likely already over – and the next chapters will hit Netflix sometime in 2022.

One of the best epic fantasy sagas returns, although this time on the small screen, by the hand of Amazon Prime. It will be a prequel to the events we saw in the trilogy and it will be completely set in the magical world of JRR Tolkien. Production has been delayed several times due to the pandemic, but the first season is expected to premiere on Prime Video on September 2, 2022.

The fourth season of the Netflix series Sex education It was confirmed recently. There are no details about the production or possible release date yet, but it is most likely that we can see it during the second half of 2022.

Besides being a Mexican production, Z control is one of Netflix’s most popular youth series, and its third season is currently in production. Not many details are known, only that it will arrive on the platform in 2022.