Bullfrag
Home Technology Automobiles 100 units of the Toyota Mirai will prove their worth as taxis... 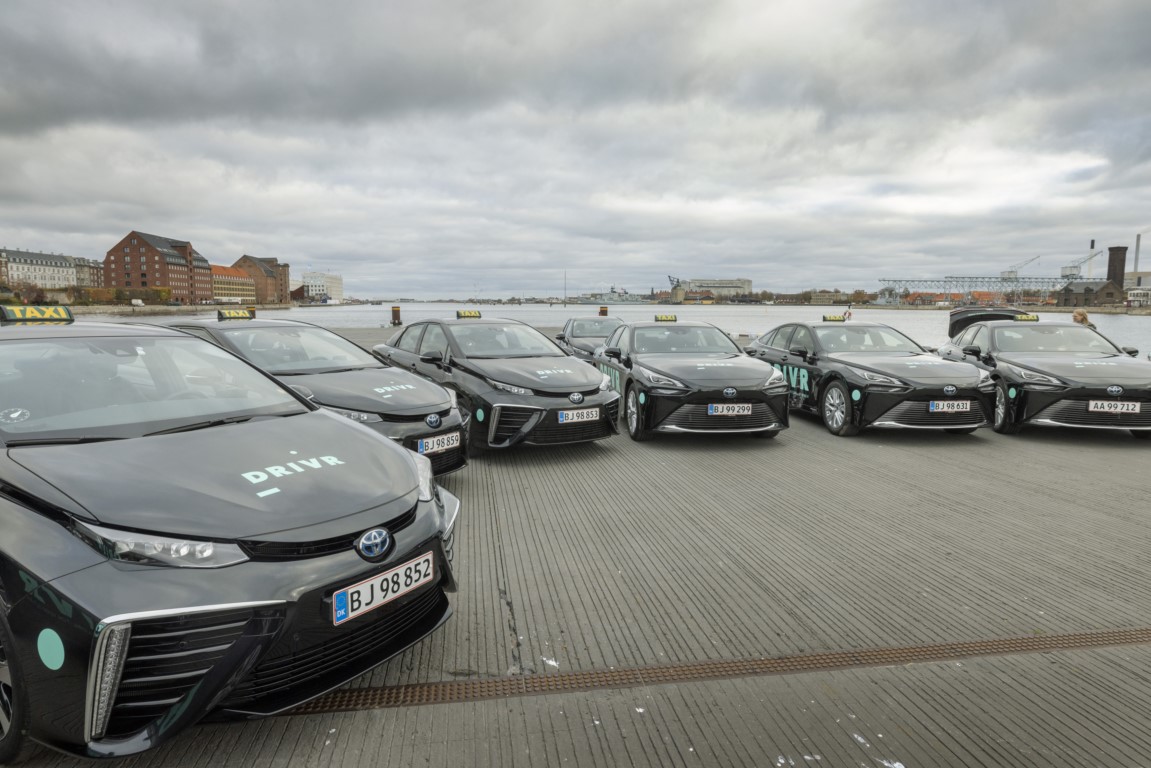 The Toyota Mirai returns to the fray to demonstrate its level of efficiency in all types of conditions. The Japanese electrician, equipped with a hydrogen-powered fuel cell, wants to increase its presence in Europe, which is why it is now demonstrating its capacity in a fleet of taxis that will tour the streets and outskirts of the Danish capital, Copenhagen.

Northern European countries are seriously betting on electric cars. The Scandinavians are the true kings in the sales rankings, in which the Toyota Mirai also plays its particular league, since it is not a battery-powered electric. Its technology is very different, a fuel cell powered by hydrogen, which produces electricity in a system under its body.

A model considered a success in some European countries, and that the brand now wants to demonstrate more seriously, as a real alternative of maximum efficiency to battery electric. For the occasion, Toyota has reached a cooperation agreement with DRIVR, a company that manages public transport services in Denmark and that is already committed to more sustainable mobility with hybrid and electric models. But thanks to this agreement, adds 100 units of the Toyota Mirai for transport in Copenhagen and its surroundings.

In fact, it may be the clients themselves who choose what type of model they want to take them from one place to another. A project in which Denmark wants to convince citizens of zero emission driving, so during the next four years it will not allow enrollment of taxis that emit any type of pollutants. The objective is that in five years, the public collective transport is completely transformed.

Read:  Patrick Head: "Williams needed better leadership and now he has it"

Tejs Laustsen Jensen, CEO of Hydrogen Denmark, explains that “The taxi industry is a major driver of ecological change. Taxis are in constant use and travel many kilometers every day, especially in large cities. The switch from black diesel to green hydrogen allows the same flexible mobility, only without harmful emissions.

The Mirai, with its 650 kilometers of autonomy that offers its fuel tank, is one of the most intelligent solutions, because compared to battery-electric ones this is one of the great advantages, but also that it only takes 5 minutes to refuel, which is injected at high pressure into tanks placed under the bodywork, so they do not take up space inside. The new cooperation alliance between the Japanese brand with DRIVR is part of the European projects in which the manufacturer is immersed with the aim of promoting the use of hydrogen, such as the “Hydrogen Mobility Europe 2” and “Zero Emission Fleet Vehicles For European Rollout ‘.