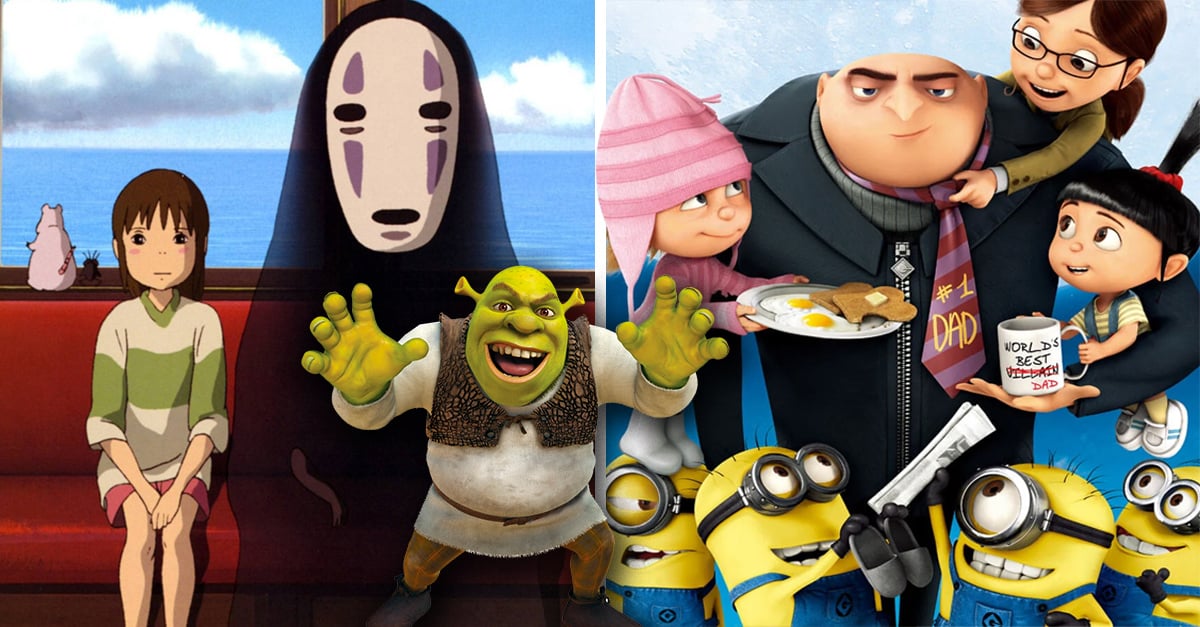 For several years now, Netflix has offered us countless series and movies, whether they are comedies, romance, suspense or for children. Yes, the little ones in the house are no exception, since there is a wide variety of programs aimed at children and that can be enjoyed in the company of the whole family.

The selection is very wide, so in this post We leave you 10 children’s movies that are available on Netflix and that all the little ones in the house will surely love.

What is it about? Shrek is a lonely and unpleasant ogre who lives in a distant swamp. However, his life will be turned upside down when dozens of fairy tale characters appear in his house due to being banished from his kingdom by the evil Lord Farquaad, so he sets out on an adventure to reclaim his home.

What is it about? The story centers on Chihiro, a capricious 10-year-old girl who arrives in a magical world where the rules are very different from our world.

What is it about? Gru is a villain who devises an ambitious and evil plan to bring down the moon from the sky. His life will turn upside down when, due to destiny, he has to take care of three orphan girls.

What is it about? Hiccup is a teenage Viking who lives in a world where fighting ferocious dragons is commonplace. Hiccup’s opinions aren’t always very welcome in his tribe and when he begins his training with dragons, he thinks it’s the perfect opportunity to prove that he’s cut out to be a warrior. However, things take an unexpected turn when he comes across an injured dragon.

What is it about? This movie will transport you to a hilarious and colorful world, where these little creatures called Trolls live a life full of song and joy. But everything changes when the Bergens invade their home, so Poppy and Branch, two trolls who couldn’t be more different, embark on an adventure to save their friends.

What is it about? When Prince Ashitaka is attacked by a demon who wants to destroy his village, a curse falls on him. To save himself, he will embark on a journey in search of a cure and meet Princess Mononoke, a peculiar girl who was raised by wolves.

What is it about? Megamind tells the story of an alien who was sent to Earth as a newborn due to his planet being destroyed by a black hole. On our planet he becomes a supervillain and one day he accidentally kills his eternal enemy, which will cause more problems for our blue friend.

What is it about? In this new adventure from the most famous doll of all time, Barbie and her sisters visit Ken, who is working studying a coral reef. When they meet Isla, another girl who studies marine life, they will discover a great secret.

What is it about? The plot focuses on a group of animals that are locked up in a zoo. One day they get fed up with being seen as a threat by zoo visitors and run away. In this way they undertake a fun trip to the region known as Outback, in Australia, where they can live freely and without being judged.

What is it about? Sophie is a girl who works tirelessly in a hat shop. But her life changes radically when she meets the handsome and charming Howl and meets a witch. After this, she has to turn to Howl for help.

a tribute to the weird and wonderful purchases of BTC