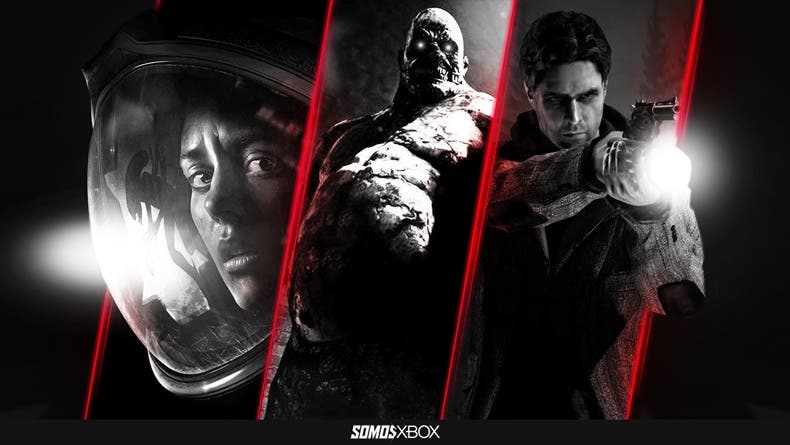 This week we have been able to enjoy new releases in the horror genre, especially Scorn. This title has polarized the public, offering an atypical story and mechanics that may not be suitable for everyone, but that have also been its main asset. All this without forgetting its spectacular visual design, based on the work of HR Giger. But it has not been the only surprise, because Amnesia Rebirth is now available on Xbox Game Pass and we have been able to see the first gameplay of Resident Evil 4, during the last Capcom event. While we wait, taking advantage of the fact that we are immersed in Halloween, we want to continue telling you about new curiosities of the horror genre.

Japan surprised us with this exclusive for WiiU in 2009. Following in the footsteps of other games of the genre, such as Project Zero or White Day, Calling introduces us to a group of friends who, after coming to a strange chat, end up in an empty from which they must escape thanks to their mobile phones.

The game took us through all the locations of that void, the Mnemonic Abyss; traveling through coffee shops, hospitals, mansions and dollhouses plagued by ghosts. The name of this abyss is not accidental, because “mnemonic” is defined as a set of patterns or ideas that help to remember, referring precisely to what we can find in the abyss and to the outcome of the story.

October has entered in style, with great announcements of the survival horror genre. For example,…

one of the greats survival horror milestones it came with Amnesia: The Dark Descent; Lovecraftian cult game that went viral as soon as it hit the market, taking advantage of a time when horror games were beginning to emerge on the Internet. Following the line of similar games, Amnesia introduces us to Daniel, a man who wakes up in a castle with no memory of how he got there. But the terrible memories of him will return as he explores the castle, assuming the role he has to play there.

Amnesia had many viral legends and one of them was that as the player’s sanity system got worse (for example, spending too much time in the dark), the enemies got harder and harder. However, the development studio ended up denying it.

Another of the most polarized titles among the public, Deadly Premonition reached the market at the hands of Swery65, introducing us to FBI detective Francis York Morgan. Morgan must visit the town of Greenvale to discover the identity of the Trench Coat Killer. Following a similar line to that of Twin Peaks, Deadly Premonition allows us to travel between the real world and the subconscious, getting to confuse the protagonist in his investigation.

It should be noted that Deadly Premonition was canceled four times, until it finally saw the light. And it had a sequel that divided, even more if possible, the public.

This low-budget, first-person survival horror was the landmark of horror video games of the 2010s. And also the greatest representative of terror created by and for the Internet: the creepypasta. The game did not offer more than what we already knew in urban legends and that is that we had to collect the eight pages, randomly scattered throughout the forest, before Slender Man caught us.

The game was not without controversy; more for what it generated than for the game itself. The legend ended up passing through the PCs and even gave rise to some real murders, the well-known slender man casein which two girls stabbed a high school classmate in the name of the monster.

Remedy Entertainment’s magnum opus initially arrived exclusively for Xbox, causing a real furor among critics and audiences. In a very similar vein to Stephen King’s novels, Alan Wake introduces us to a writer who travels with his wife Alice to the town of Bright Falls. But once there things will go wrong, after Alice disappears and Alan does not remember anything that happened.

Read:  4 reasons why you should have an Xbox charging base

Although Alan Wake is a clear tribute to authors like Stephen King or Neil Gaiman and series like Twin Peaks, there is a clear reference that you may have overlooked. And it is that, when Alan is in the psychiatric hospital, a room very similar to that of Paul Sheldon, protagonist of Misery; typewriter included.

We are already in the middle of October and, as it could not be less, Halloween is present in everything…

Sega surprised us with this exclusive title for Kinect and Xbox 360, picking up the gore that became so popular in those days, with movies of the stature of Hostel either The human centipede. Rise of Nightmares introduced us to Josh, a man who wakes up in unknown catacombs while on vacation in Romania with his wife. Surrounded by other prisoners, but not knowing what has become of her wife, Josh will try to find her.

The game featured some of the most memorable enemies, such as the dancers Sacha and Tacha; inspired by Odile and Odette from Swan Lake. In addition, the relationship between Dr. Viktor and the creature Ernst is very similar to the one in the novel. Frankenstein.

The Red Barrels milestone that swept through 2013 presented us with a dynamic, pure survival and escape game, marked by real events and experiments. In Outlast we put ourselves in the shoes of journalist Miles Uphur, who receives a tip that the Mount Massive Psychiatric hides more than he appears and that the Murkoff company may be behind it.

One of the most distinctive (and terrifying) elements of Outlast is its patients. And this is no coincidence, because Red Barrels worked together with doctors and psychiatrists to be able to recreate the behavior of the mentally ill in the most truthful way possible. They clearly got it.

The Spanish The Game Kitchen brought us this horror point and click adventure, in the purest classic survival horror style, with a Levcraftian cut. Set in 19th century England, the game introduces us to Jeremiah Devitt, who receives a mysterious letter from a fellow boarding school student. Arriving at his house, he will find him dead along with a note. Without remembering anything about his past, Devitt will gradually discover the dark truth that hides behind that apparent suicide.

Clearly inspired by folk and cult terror, The Last Door shows clear references especially in its second season. Specifically, the village of Éilís Mór is clearly inspired by The Wicker Man (1973) and also today reminds us of midsummer (2019).

With nine games, a spin-off, books, novels, and a film adaptation in the works, Five Nights At Freddy’s may be the most profitable survival horror franchise after Resident Evil. And that presents a very simple but effective story: in the shoes of a security guard, we will have to spend the night at Freddy Fazbear’s Pizza restaurant and survive before the animatronics finish us off.

It must be said that Five Nights At Freddy’s was not born as a horror game, but rather as a family game for all audiences. But the game was heavily criticized due to the scary design of the characters. So Scott Cawthon, sole creator of the series, used them very cleverly for his star horror series.

Survival horror has always been a marked genre, beyond the fear it instills,…

SEGA’s most popular survival horror surprised us in 2014, recovering the genre at a time when it was somewhat in decline, but without forgetting the elements of the survival horror of the decade. Alien Isolation introduces us to Amanda Ripley, Ellen’s daughter, who must travel to the Sevastopol space station to find out what happened to her mother on the Nostromo. But she will soon discover that she is not alone.

The highlight of the game was, without a doubt, the xenoform and it is no coincidence. Warner and Creative Assembly went to great lengths to make him a unique villain. Therefore, we can see that the creature emits different sounds depending on the situation (for example, if it is going to attack or if it is following us). To achieve this, Warner gave the development studio 3 TB of information from the Alien saga.

Interview with an artificial intelligence (part 1)

How did Edward vs. Jacob affect the friendship between Robert Pattinson and Taylor Lautner?